Preloved Bans The Sale of Ivory

Preloved.co.uk is the UK's leading online marketplace for consumers to sell, swap and buy second hand belongings. With a thriving community of 2 million active users, members can place adverts free of charge to advertise everything from classic cars to antique collectibles and trinkets. With over 500 categories, and over 750,000 active adverts at any given time, the range of items for sale is very broad.

There are over 69,000 adverts in the furniture and fittings category alone, of which approximately 12,000 listings advertising collectable antique furniture, ornaments, paintings and sculptures for sale. However, there is one group of trinkets you won't find for sale on Preloved - items made of ivory.

Preloved have been in contact with the International Fund for Animal Welfare (IFAW) to better understand the commercial trade of illegal ivory, and how this is significantly contributing to the depletion of vulnerable populations of ivory producing animals, including charismatic mega fauna, the African elephants. 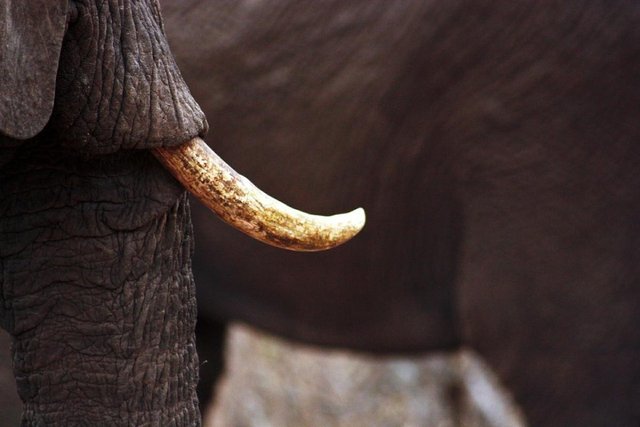 During the 20th century, ivory became a highly desirable material for making collectable manmade trinkets. Ivory is sourced from a handful of different species for the purposes of the ivory trade, however due it's bright colour, strong quality and large size, elephant ivory is the most lucrative form in the commerical ivory market.

Despite efforts to protect elephants from being hunted across many parts of Africa and Asia in the 1970s, this growing demand for ivory continues to drive populations of elephants into decline. In an attempt to reverse the continuing trend of legal and illegal hunting of elephants for their ivory, the Convention of International Trade in Endangered Species (CITES) banned the international trade of ivory in 1989. However the illegal ivory trade still thrives today.

Antique worked ivory (pre 1947) that was traded into the U.K. before the international ban in 1989, is currently legal to trade within the U.K. along with proof of provenance. However, due to growing demands for raw ivory within the current global commercial markets, Preloved has made the call to ban the sale of ivory*. The classified ad site has been taking measures over the last couple of months to update their advert moderation process and tighten their regulations as part of the ban, including dedicating time to review all suspect ivory adverts.

By banning ivory, Preloved are making a step to not only eliminate any chance of illegal ivory being traded on site (the site cannot physically identify suspect illegal ivory themselves), but also to use this opportunity to promote the challenges ivory producing species are facing around the globe due to the growing demands of the ivory trade. With good quality manmade ivory alternatives readily available in the market today, sourcing raw animal ivory should be a thing of the past. When there is no more demand, there will be no value in sourcing raw ivory.

UK Director of IFAW, Philip Mansbridge, said: “We are very pleased that Preloved has decided to ban the sale of ivory on its website.

“Our recent IFAW investigation into the multi-million pound online wildlife trade Wanted – Dead or Alive, Exposing Online Wildlife Trade found that ivory or suspected ivory made up almost a third of all wildlife animals and products for sale.

“The decision to ban ivory sends a strong message to Preloved’s two million users and the wider world that when there is no more demand for ivory products, there will be no value in obtaining raw ivory. More than 100,000 elephants have lost their lives to ivory poachers in the past three years alone.

“Preloved is also leading the way by making it a requirement for online traders to include their permit information when selling endangered live animals. These measures will help to block the illegal actions of wildlife cybercriminals, and cannot come a moment too soon.”

Other changes made by Preloved in line with CITES trade law

Along with updating their advert moderation processes as part of the ivory ban on site, Preloved have also taken this opportunity to tighten up their regulations for other species protected under CITES law. Animal parts from any species listed as endangered are not permitted for sale on Preloved. The site has reviewed it's processes and taken measures to tighten up regulatory processes accordingly.

CITES law also regulates the trade of live animals. After a review of the advert creation process, sellers will now be required to provide a valid Article 10 permit number when advertising animals listed in Annex A of the EU trade regulations - previously users had to declare they had documentation, but not provide this information within the advert. This will apply to many exotic pets including birds, tortoises and other reptiles. More information about CITES and Preloved can be found here.

*As specified in Preloved's lisiting guidelines, this excludes the sale of antique (pre 1947) pianos and furniture with ivory elements when advertised with proof of age documentation as provided by official antiques expert.

Preloved is the UK's most passionate buying and selling site. Started in 1998, Preloved has grown to become the UK's leading second hand website with hundreds of thousands of adverts in over 500 categories. Each month the site attracts over 5 million unique visitors. As a community-based advertising site it has over 2 million active members. Preloved is ranked amongst the top 500 most visited sites in the UK.

For buying or selling second hand, Preloved is the UK's destination website. Preloved also has the largest amount of pets, horses and livestock advert listings in the UK. It also recently launched a fee-free property service to disrupt the property market to deliver value for users.