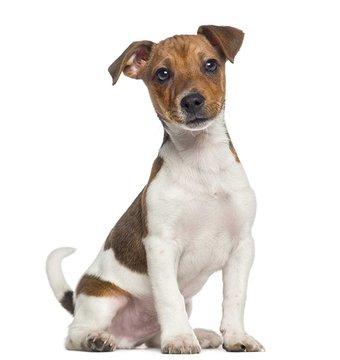 The Jack Russell is petite canine powerhouse, with a small stature but huge personality! Plucky, personable and brave, these little dogs have big hearts, a playful nature, and a lively, alert manner.

History of the Jack Russell Terrier

The Jack Russell was first and foremost bred as a hunting dog, in order to assist with the pursuit and culling of foxes, which were regarded as vermin. The most celebrated trait of the original Jack Russells was considered to be “tempered aggression,” meaning that the dogs could be trained and commanded to pursue and attack prey, but were eminently controllable as well. This has resulted in a plucky and almost fearless little dog, which today, is more than capable of looking after itself and holding its own against much bigger opponents! The phrase “tiny terror” really could have been invented to describe the Jack Russell!

Appearance of the Jack Russell Terrier

The modern appearance of the Jack Russell remains very similar to how they looked 200 years ago; they are tough and sturdy, despite only weighing around 14-18lb and standing no taller than 38cm at the withers. They are usually mainly white in colour, with tan or black markings, although it is not uncommon to see fawn coloured Jack Russells either. Their coats can be either rough, smooth or somewhere in between, and their coats are generally low shedding and low maintenance.

Temperament of the Jack Russell Terrier

The temperament and personality of the Jack Russell really is a study in contradictions! They are bold, plucky and fearless, tenacious, intelligent and lively; but they are also incredibly open, friendly and entertaining little dogs too. They make excellent companions for people from all walks of life, and are usually happy in a home with children providing that both the children and the dog are taught about mutual respect.

They do have a relatively well-honed hunting instinct, and so careful supervision and training may be required when out walking, lest the Jack Russell takes off in pursuit of a rabbit or a bird. They also love to dig and burrow, and may well choose your favourite flowerbed to hide their best bones and toys in if you’re not careful! 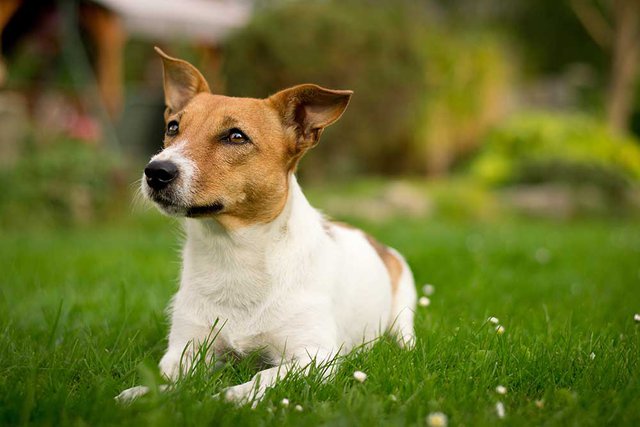 The Jack Russell is renowned for being a healthy dog with a long lifespan, and they live on average for 13-16 years, rather longer than the average for most other dog breeds. They have slightly elevated risk factors for a few inherited health conditions, depending on their breed line, including:

How Best to Care for a Jack Russell Terrier

The Jack Russell is one of the most rewarding and entertaining breeds of dog to own, providing that they are correctly managed. It is important to ensure that the Jack Russell is well socialised with both other dogs and people, and taught about acceptable behaviour around smaller pets. It is entirely possible to keep a Jack Russell with pets such as cats, providing that they are introduced when young, and that the dog is taught their place. The same is true for homes with children, and the Jack Russell makes an excellent companion for older kids, or in some cases, an excellent partner in crime!

The Jack Russell is a very lively and intelligent dog that requires plenty of exercise and mental stimulation, and despite their small size, they are more than capable of keeping up with you when out walking. Due to their intelligence and tenacity, they are also excellent at canine sports such as agility, and can often be seen competing in top-level events all across the country.

10 Simple Touches for Your Autumn Wedding

Cash in with Cool Classic Cars

How to Give a New Rescue Dog a Happy Home

Tips on How to Sell on Preloved: Simple and Free

18 Ways to Reuse a Glass Bottle