Before offering any dog a new home, it’s vital to do as much research as possible about your chosen breed. Each breed has a very different character and it is important to ensure that this fits in with the lifestyle of you and your family.

One breed for which this is especially important is the Siberian Husky. We talked with Joe Blackshaw from theSiberian Husky Club of Great Britain to find out more about this breed, and what makes it such a specialist breed with unique needs.

Can you tell us a bit about the history of the Siberian Husky?

The Siberian Husky as a breed is likely to be around 3,000 years old and has been recognised as a breed by the UK Kennel Club since the 1970’s. Siberian Huskies came from a small area of Siberia on the tip of the Bearing Sea, where the Chukchi people developed the breed as a winter sled dog. The dogs were used when travelling to hunt. They were expected to travel quickly for long distances, around 80 miles a day, pulling a moderate load in low temperatures.

The Chukchi people developed the breed to eat very little whilst working. They were welcome in the houses as playmates for the children and as hot water bottles at night. During the summer months they allowed the dogs to run loose, hunting and fending for themselves. This lifestyle, which continued unchanged for centuries, produced a breed of dog which retained the pack living and hunting attributes of the wolf, while being unaggressive and affectionate towards people.

Sled Dogs enabled explorers such as Byrd, Peary and Amundsen to explore the frozen wastelands of the North and South Poles, playing a vital role in bringing civilisation to the snowbound areas of the world. They have helped men in two World Wars pulling weaponry up into the mountains. During the gold rush years, Sled Dogs were used to deliver the mail – it was not uncommon for a driver to have up to 25 huskies pulling a sled with a 1,500lb load.

The Siberian remains pretty much the same today. They are still very much capable of fulfilling their original function, working over many miles pulling sleds and could if necessary, survive alone without the need for humans.

This is no problem to owners willing to adapt to and tolerate the natural instincts of the breed, but would be a liability to those who really want a more ‘civilised’ dog.

I would imagine that they need a lot of exercise? 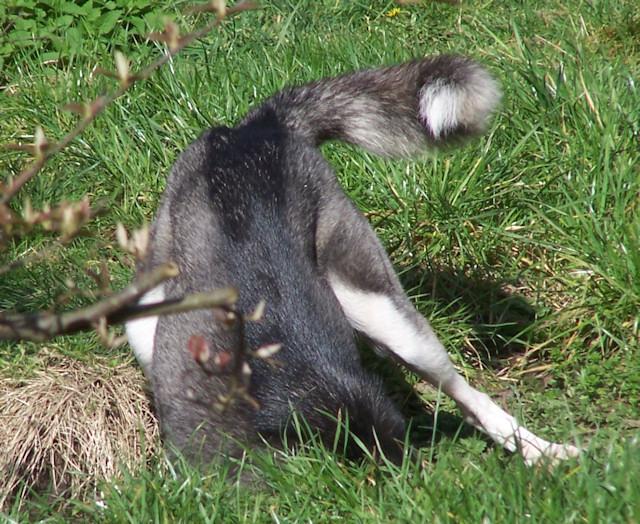 The best way to keep a Siberian Husky happy, fit and healthy is by allowing it to run. This can only be done by working it in harness. It is irresponsible and unfair on the breed to allow it to run free and off the lead as their instinct will tell it to run, hunt and inevitably not come back.

The easiest way (and a lot of fun too) to exercise a pet Husky is to use a dog scooter. This is a safer way than attaching it to a bike as a scooter is fitted with a ‘Brushbow’ which stops the lines getting tangled in the wheels and stops the dog being run over.

Do people still use the dogs as sled dogs? Are they ever worked or raced in the UK?

In Britain the opportunity to work sled dogs is more limited than in the US, Canada or Europe. Not only is the weather on the whole against the sport, but the limited space to train and race hinders the sport somewhat. Despite this, Sled Dog training and racing is ever growing in popularity the UK where three wheeled rigs or two wheeled scooters are the usual form of transport rather than sleds. The Siberian Husky Club of Great Britain schedule Competitive Working Events for KC registered Siberians throughout the race season which is October through March. There are a number of other clubs that will allow non registered dogs to compete.

Races take place throughout the UK and are usually run across 3 to 7 miles depending on the size of team, weather and temperature. For spectators, a visit to a Sled Dog Race, albeit on mud covered forest trails, can be exhilarating. The annual Sled Dog Rally in Aviemore, Scotland in January offers the best chance of seeing sled dogs in their natural surroundings (snow).

Sled dog owners, like their dogs, are on the whole a friendly bunch and will talk for hours about their favourite subject … the sport of sled dog racing and, more particularly, their dogs! Anyone coming to a race should make themselves known, ask for the Rally Organiser (usually wearing a hiviz vest) to check on where to go and what to do out on the trail.

What are the advantages of having this breed as a pet? 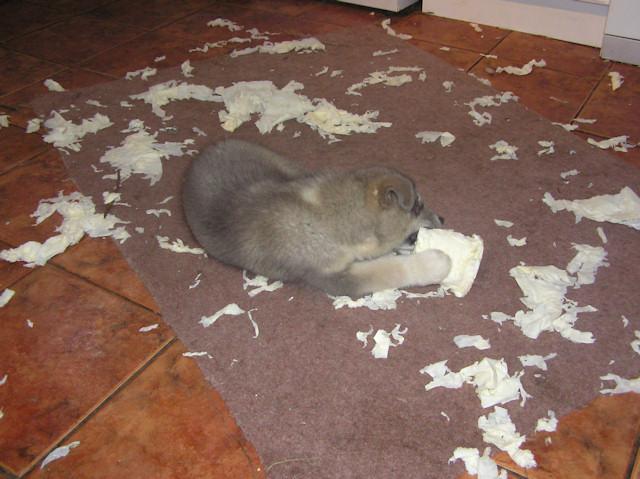 The Siberian Husky is a ‘working’ breed, this means they were bred for a purpose – to work. If a person specifically wants a dog that needs to work, and wants to be involved in a life which revolves around keeping the dog fit, happy and healthy, getting up or going to bed at unearthly hours due to having to exercise the dog, in wind, rain, mud, freezing temperatures, rather than sitting in front of the TV, then a Husky is great!!

In all honesty, though, unless you have the time to devote to such a wonderful breed and allow it to do exactly what it wants, which is work, then there are few advantages!

The Siberian Husky are an extremely beautiful breed, it is unfortunate that some people cannot see past this and do not understand exactly what they are taking on. This means that welfare associations and rescues are becoming overwhelmed by the ever increasing number of Siberian Huskies that need rehoming.

Do you have examples of what might make the animal unsuitable as a pet for some people? 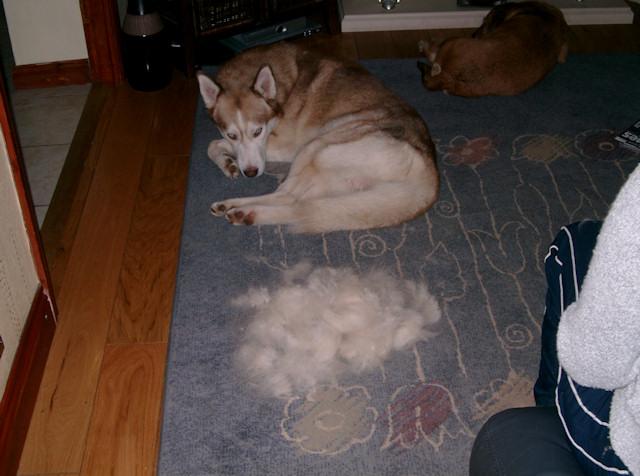 Sadly, many people fail to take these factors into consideration when taking on a husky and soon realise that the cute, cuddly bundle of fur that they have taken on is not what they had imagined it would be! Unfortunately, more and more huskies are ending up in rescue centres and welfare organisations due to this.

Can you tell us a bit more about the Siberian Husky Club of Great Britain? 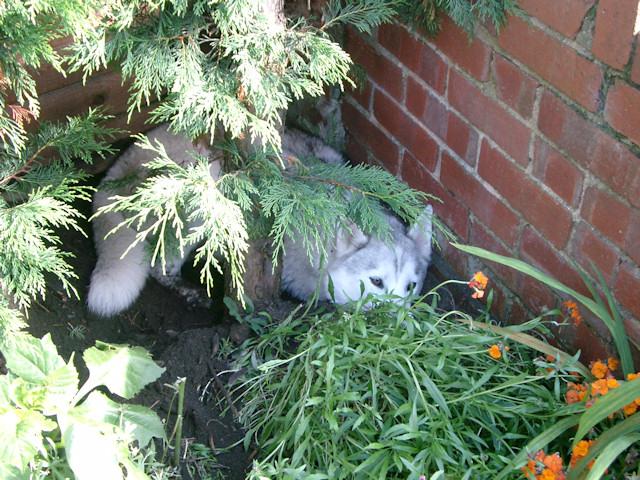 The SHCGB is a club for all those interested in the Siberian Husky, whether they are owners or not. The club holds Open and Championship shows each year. Working rallies take place over the winter months allowing owners and dogs to enjoy racing on various trails throughout the UK.

The SHCGB also operates a Welfare Scheme for KC registered Siberian Huskies requiring a new home. The Welfare Scheme is run by a team of volunteers who offer advice about the breed and attempt to support owners who are finding owning a Siberian Husky difficult.

If a person is interested in adopting a Siberian Husky through SHCGB Welfare, then several questions will be asked about your home, lifestyle, family, other pets and children. This is so that the right dog is matched to a person or family. A home visit is arranged to make sure that the garden is secure and to double check that a potential new owner is happy with their decision to take on a husky. Welfare aim to match the person / family with the most suitable dog. 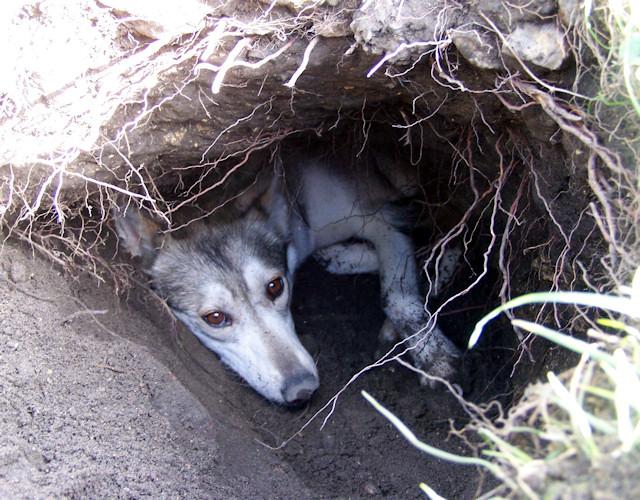 All of SHCGB Welfare dogs are assessed by experienced Husky people for a minimum of two weeks before being offered for adoption. All dogs come with 6 weeks free insurance, are vaccinated, health checked, spayed or neutered and new owners receive one years free membership to the club. A £200 donation is requested for most of our dogs to cover some of their expenses whilst in our care.

We would like to thank Joe Blackshaw for taking the time to tell us more about this fascinating breed. If you are involved in a club or society dedicated to a particular breed and would like to share information with the readers of this blog, please contact us.

Worried About Pet Scams? Here’s What You Need To Know

What to Do in the Garden in September