As season ticket holder for 21 years, I’ve collected over 500 programmes. From the Division 2 campaign, against teams such as York and Wycombe, through to Wembley glory in the 2011 FA Cup final and that ‘Aguerooooo’ title winning moment, I’ve got the programme!

Most are worth less than I paid for them, but some are worth a lot more.

The Keys to Collecting Football Programmes

As with most collectables AGE, POPULARTIY and RARITY are the three key things to look out for.

POPULARITY – Programmes related to popular clubs and players will generally cost more than a rare programme of an unknown player.

RARITY – The number of Football Programmes on the market can dictate the sale price. 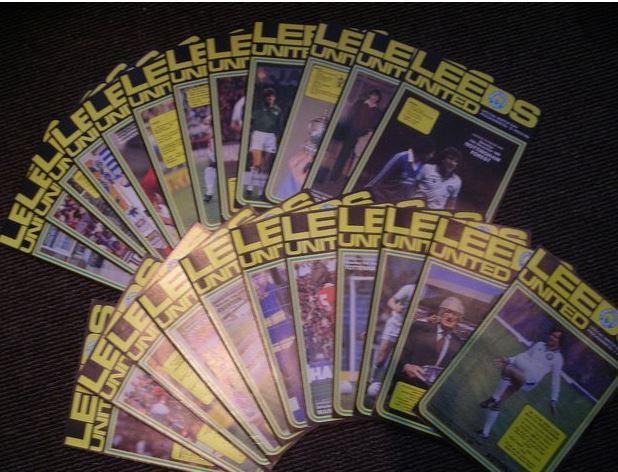 With these three key themes in mind here are 5 ways to spot a football programme bargain:

In the football programme world, there are 6 clubs which are the most popular (and there are a couple of surprises!)

Arsenal, Chelsea, Liverpool and Man United have dominated English football over the years and it’s no surprise that their programmes are most popular and therefore have a higher value. The bigger surprise is that Tottenham and West Ham make up the big 6 of football programmes.

Examples: The Liverpool v West Ham 2006 FA Cup final sells at around £40 whereas the 2008 between Portsmouth and Cardiff sells at about £10.

Helpful: Look out for games including these the big 6 clubs especially at games where there are small crowds such as European away matches.

FA Cup final programmes are popular as it has been the showpiece event of the football calendar and, with one each year, can build up into a nice collection.

Examples:  The record price for a football programme was for the 1882 FA Cup final between Blackburn Rovers and Old Etonians.

Helpful: FA Cup Final replay programmes are often sort after due to the rarity of the event.

My seat at the Etihad Stadium is close to the front and if the wind blows, the rain (yes we have that in Manchester!) can fall on my seat. I say this as rain water and paper don’t mix and most fans don’t take anything to keep their programmes dry.

This adds to the rarity of the programme as pages get stuck together, writing gets smudge and programmes get thrown away.

Examples: In 1970 Manchester City won the European Cup Winner’s Cup beating Polish side Gornik. The match was played in Vienna (European away games add a rarity to football programmes) and it rained heavily. This has meant that programmes for the game are rare and sell at about £500.

Helpful: When looking at a programme make sure it’s in perfect condition with no writing or creases. CONDITION is vital to the price of a programme.

Legendary players, manager’s and stadiums all add a popularity to a football programme. A manager or player’s first game, his last game and the end or beginning of a stadium all add value to a programme.

Examples: The programmes for Sir Alex Fergusson’s first home game as manager of Man United sell for around £25 and his 1st away game programme sells for £50 (Rarity of away games).

Helpful: Look for 1st and last games at a football stadium or a legendary popular player. Steven Gerard’s last game at Anfield might be worth looking out for.

On top of the three key themes of age, popularity and rarity, the condition of a programme is vital to the price. Programme collectors have even created their own abbreviations for defects such as creases, team changes marked in pen (my Dad’s done that on a few of my earlier programmes) and even rusty staples – that’d be the rain again!

Helpful: Always ask the seller about the condition before making a costly mistake!

Bonus Tip: Look out for errors in the description such as this FA Cup Final programme on Preloved.

As a Man City fan I knew straight away that City weren’t in the 1959 FA Cup final. When looking at the photo it confirmed that the description is wrong, possibly putting other buyers off.

I hope you enjoy collecting football programmes and can find a decent bargain!

Anthony is the owner of Mancitygifts.com – a blog where you’ll find gift ideas for Manchester City fans. Everything is covered including artworks, t-shirts and retro Man City shirts, there are also Manchester City quizzes and regular competitions. You can follow him on twitter.

Caring for Your Garden in Winter

4 Reasons to Renew Your Wedding Vows