The Sunita Treacher Foundationwas set up in 2010 by British-based Ugandan businesswoman Sunita Treacher and gives children in her native country a chance to gain an education.

A good education, although highly prized in Uganda, is also expensive and far out of the reach of most children, where almost 18% are not in school and dropout rates by those that are is approaching two out of three.

While the country has many charities that seek to alleviate poverty, The Foundation focuses its efforts on supporting the education of children as a means eventually to lift themselves, and their families, out of poverty.
Uganda is a country that still faces massive problems, where families and communities struggle to access basic healthcare and education; malnourishment has led to an estimated one out of four children being stunted under the age of five; and the country has the highest proportion of children orphaned by AIDS/HIV worldwide, an estimated 2.3 million. 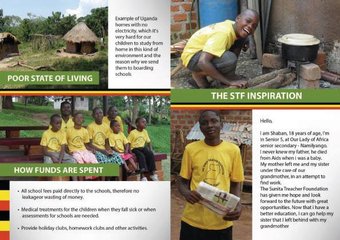 While The Foundation’s founder, Sunita Treacher, had been supporting children in Uganda for over 10 years, The Foundation was set up in 2010 to attract outside funding from donors and to take on more children.

The Foundation says, “Our endeavour is to raise funds for children to go to school, not only enabling them to support themselves and their families, but ultimately to pass on the gift of an education to their offspring.”

One such child is Alice, who the charity has supported for many years throughout her education and has recently completed her Senior Six and is heading off to university. Donations and money raised by the charity is used to provide for school fees and other essentials children like Alice need, such as uniforms, books and supplies. 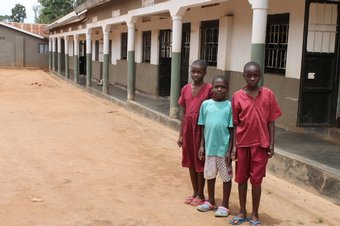 Each child’s progress is actively monitored via an on-the-ground interaction with their teacher as well as reviews of their quarterly school and other reports. Ongoing support is dependent on their good progress.

The Foundation currently supports 15 children, with each costing around £500 per annum. All of the money they raise goes directly to paying schools fees and related costs – not a penny is spent on administration. 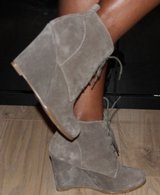 The Sunita Treacher Foundation also sells items on Preloved to raise much-needed funds for the children they are supporting. Take a look at their current items for sale.

If you run a UK charity, Preloved’s FREE service for charity members, large or small, is a great place to sell donated items to raise funds. Adverts get priority listings and stay on the front page twice as long as regular adverts – find out more here.

Be the Best at Buying and Selling Online

Bag Yourself a Bargain: Second Hand Designer Mulberry on Preloved

Save Money Using the AnyVan Delivery Feature on Preloved