Most of us are lucky enough to see these wonderful creatures everyday. Yet it is due to their prevalence that we often forget to appreciate the Cow. Yet today, of all days, we here at Preloved want to celebrate this beauty of an animal with you by sharing some incredible facts with you! Prepare to give the little cutie at the top the biggest party of its life.

Fact 1: Beneath the surface of, what DH Lawrence calls, the bovine’s “cowy inertia” lies a mass of bubbling emotion! Cows have “best friends” and get stressed when they’re separated!

Fact 2: Cows worry when they can’t understand something and have a “eureka” moment when they solve a problem!

Fact 3: According to a study published by the “Anthrozoos” journal, giving a cow a name and treating her as an individual can increase milk yield by up to 500 pints a year!

Fact 5: Despite rural myths it is impossible for a single human to tip a cow. Not only do cows NOT sleep standing up but it would take the equivalent of 4.43 people to tip a standing cow over. Nice try…”cow tippers” (wink).

Fact 6: Cows produce between 40 and 150 litres of saliva a day…a tidal wave compared to the measly 2-4 litres that humans produce. 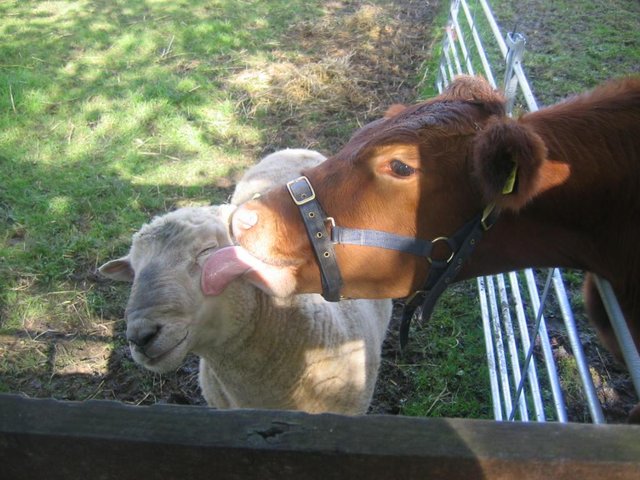 SOMEONE GET THAT SHEEP A TOWEL!

Fact 7: Contrary to popular belief, Cows don’t have four stomachs. They only have one but it’s split into 4 chambers.

Fact 8: Cows have an almost 360 degree view so don’t bother playing hide and seek with one. 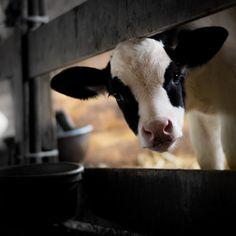 Fact 10: A Holstein Cow’s spots are just like a human’s fingerprint…no two spot patterns are the same!

Fact 11: Cows don’t actually charge when they see red. They’re red and green colour blind so when a matador waves a red cape, it’s only the wavering of the fabric that causes them to CHHAARRGE!

Fact 12: Big Bertha, who died at age 49 in 1944 found herself in the Guiness book of world records twice! The happy cow, who lived nearly 25 years longer than the average Cow, not only had an incredible 39 children but managed to help raise £75,000 for cancer by making celebrity appearance at local irish cattle fairs! YOU GO GIRL!

Fact 13: The world’s smallest cow, measuring just 61.5cm tall, lives with the Nambukudy family in India and is hailed by her family as “a very important and very intelligent cow” who goes everywhere with them!

Fact 14: A Cow’s teeth are used to determine their age!

Fact 15: A Cow’s tongue is so long that they can pick and lick their noses with it. Lovely.