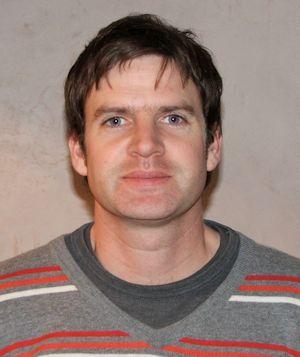 What does ‘vintage’ mean?

Vintage items have a quality and design value that won’t fade. They’re timeless; they’re things that outlast fashion and trends. And they needn’t be tied to any particular era – a piece of Alsterfors glass from 1972 can be vintage in the same way as a silk flapper dress from the 1920s. In common they’re items that are worth preserving, because they have that ‘vintage’ quality.

How did your interest in vintage come about?

My mum and dad were always dragging me around junk and antique shops when I was small. They were always on the look out for bits of furniture – my mum used to buy chairs, Chesterfields and the like and then restore them – and I got the bug for rummaging through and buying old stuff.

Do you like a particular era, and why does it appeal?

I tend to look at objects and picture them in my home, trying to work out if they’ll work with all the other stuff in the house (and what I‘ll have to throw out to make room for them!) – rather than seeking out any particular period. That said, I do love the shape and style of mid-century modern furniture (if not the prices); and, for clothes, I’m more likely to buy something from the late 1970s, early ’80s – and to then fret about looking a man nearing 40 who’s still trying to dress like he’s 23.

Why buy old when you can buy new?

Old stuff is individual: you can’t find it in a catalogue; it won’t be flatpack; and it won’t be the same as anything your neighbour owns. Similarly, certain things – musical instruments and leather sofas, for example – seem to improve with age. And, of course, buying old is usually cheaper than buying new!

Isn’t giving something the label ‘vintage’ just an excuse to charge more for it?

In certain shops and markets, yes. However, I think the majority of retailers recognise the distinction between vintage and tat. And these are the shopkeepers and stallholders I’ve tried to focus on in Secondhand and Vintage London.  I’ve also tried to include as many of the good old junk shops as I could – although there aren’t many left.

What are your own favourite vintage buys?

I have a small, battered Art Deco club chair that I’m very fond of, partly because it’s really comfy, partly because it has that impossible to imitate ‘lived-in’ quality (you can see where thousands of pairs of hands have worn down the arms over the decades) and partly because I picked it up cheap.

Some people are not keen on wearing old clothes, what would you say to them?

I think a lot of people have been put off by bad charity shop experiences. However, head for a shop or market that specialises in secondhand or vintage clothes (and it’s worth noting that these includes countless charity shops) and you’ll find that the clothes are clean and have been well looked after. They don’t sell garments that are dirty or ripped. And unless you’re buying a pair of Roberto Cavalli shoes (and there are shops that specialise purely in secondhand haute couture), you’ll probably be spending less than you would on new items. 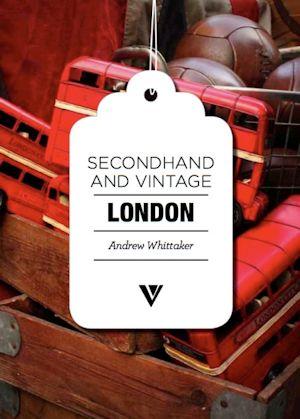 Why is vintage so popular?

If a piece of furniture has survived intact over the course of 70 or 80 years, it’s been well made, and probably has design merit too. People like that – they know they’re buying something of value and quality. And, again, it’s that idea that you’re buying something unique, something that no-one else has. Some people like the fact that the item has a past; they like to speculate on previous owners or roles – it’s about buying something with ‘character’, and that’s not something you can manufacture.

Any interesting tales to tell us from your London travels?

No near-death experiences to report, I’m afraid. But lots of interesting encounters with the people who run London’s secondhand and vintage shops. Like Pickles, the fantastic lady behind Skewiff and Scatty, a clothes and bric-a-brac shop in the railway arches just off Brick Lane, who insisted on being photographed holding her lucky walking staff. Or Roger at Gramex in Waterloo, who seems to offer every visitor to his secondhand classical music shop a coffee, a sandwich and a potted tutorial on opera. Roger says he’s sold over two million records and CDs over the last 30 years.

What are the best bargains and maddest items you came across?

It’s all out there somewhere. A seven-foot-tall fibreglass gorilla scared the life out of me in the gloom of Ollie and Bow, a brilliant shop selling all kinds of old stuff on Golborne Road; and I spent a good half hour deciding whether or not to buy the ‘Minuteman Resuscitator’ machine, a revitalising kit of tubes and air tanks designed to bring people round (‘It would save me having to give the kiss of life… but then I’d have to carry this enormous kit around everywhere’ Hmm, tricky) – discovered in a corner of Nine Elms Market. The best bargains to be had are on the markets: a pair of brogues for a £1 in Deptford, or cheap ’70s vinyl in the crates at Nag’s Head Market in Holloway.

What are your top five vintage London shops?

The Junk Shop and Spread Eagle, Greenwich. One of the few genuine junk shops still in business; crammed with everything from bakelite radios to stuffed animals.

Radio Days, Waterloo. One of a handful of shops in London that sell vintage as a lifestyle; clothes dating back to the 1930s, old telephones, Poole pottery – create your own kit for living in the past.

Skoob, Bloomsbury. A favourite amongst London’s secondhand bookshops; secreted underground in the Brunswick building, you can lose hours amongst the shelves.

LASSCO, Vauxhall. Architectural salvage in a beautiful Georgian building near the Thames– the place for old floorboards, Edwardian sinks and Deco chandeliers.

So, what’s the etiquette with vintage shopping – can you haggle?

Yes, definitely, haggle. Especially on the markets. Pricing secondhand goods, particularly at the bric-a-brac end of the spectrum, is hardly an exact science, and most shopkeepers expect to be knocked down a bit on price.

Can men get into vintage as much as women?

In terms of vintage clothing, there’s more choice for women than men, but equally there are some fantastic shops that specialise in gents’ tailoring – places like Hornets in Kensington, where they sell old Savile Row suits and Lobb shoes. And as for other areas of vintage – vinyl, furniture, books, etc – none of it’s gender specific.

Any plans for more books about the older things
in life?

Having spent months exploring the secondhand and vintage shops around London, I’d like to broaden the search out to other parts of the UK. Places like Brighton, Liverpool and Leedsare great for vintage clothes and furniture, so perhaps I’ll look at a book that picks out the best shops and markets around the UK.

Can you give us a few vintage items that have caught your eye on Preloved? 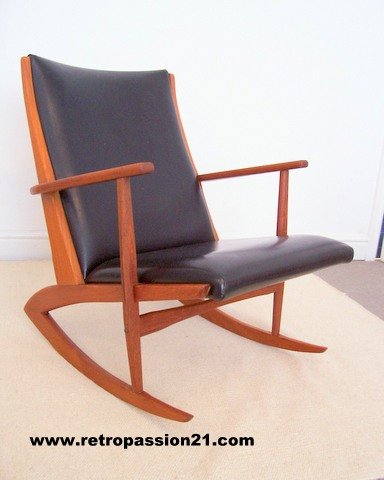 A classic example of the effortless cool style inherent in Scandinavian design, this teak rocking chair with its distinctive scissor-type legs is visually stunning. 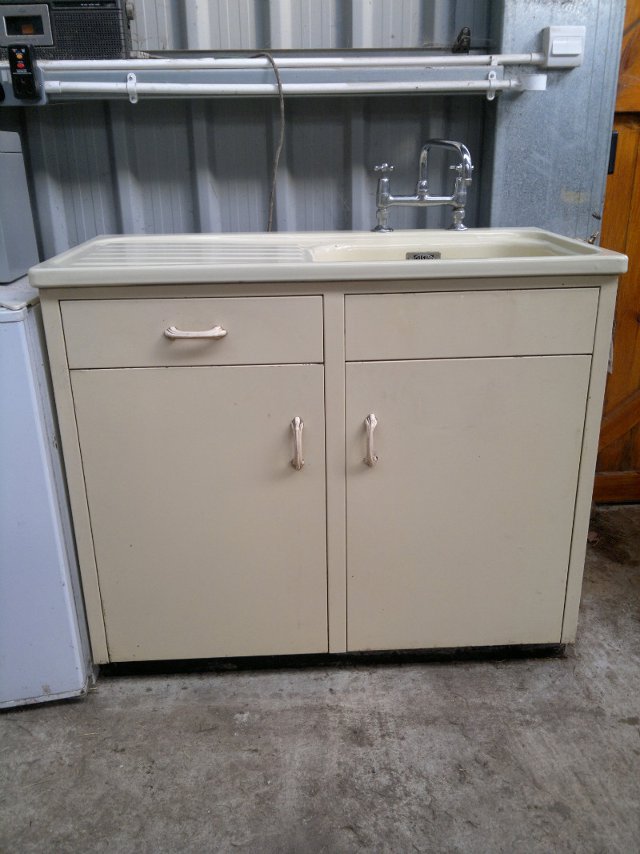 If you want to ‘update’ your kitchen with a retro-fit, here’s an original metal sink unit that will give it a 1960s feel. 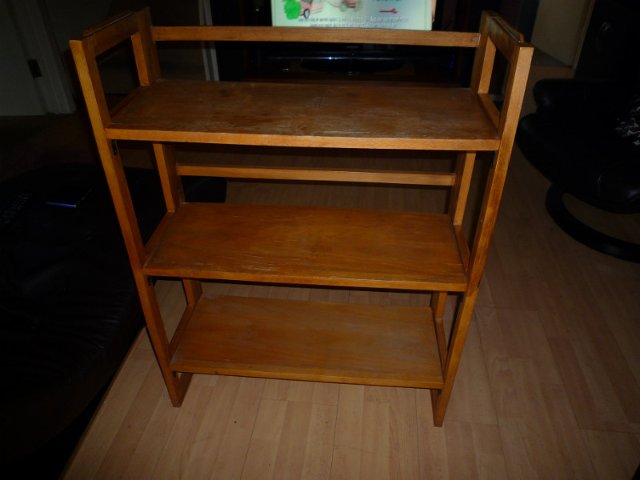 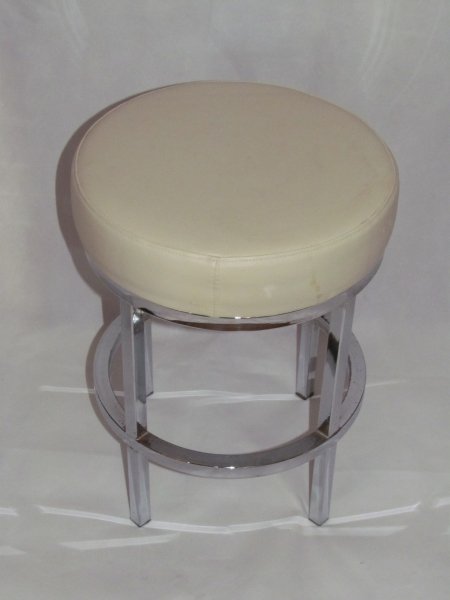 I can just see Don Draper pouring himself an Old Fashioned cocktail, kicking off his Oxfords and putting his feet up on this groovy little chrome and white vinyl footstool. It’s all very Mad Men. 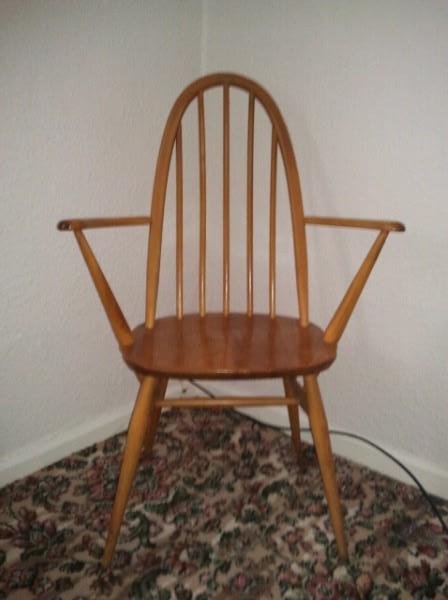 Andrew Whittaker is the author of Secondhand and Vintage London, a book about the popularity of vintage shopping and ways to explore more eco-friendly alternatives to consumption and buying habits.

Love is Restoring Something Preloved

Introducing #FashionFixes, with Love Your Clothes