The team from Barley Hall in York tell the Preloved community about the fascinating history of this stunning medieval house, and how it became the beautiful preloved period property it is today.

The Home of Medieval York

Historic Barley Hall is a stunning medieval townhouse, nestled in the heart of York. Surprisingly, this hidden gem was at one point close to being destroyed completely until York Archaeological Trust (YAT) recognised its historic significance and brought the splendour of the medieval building back to life. 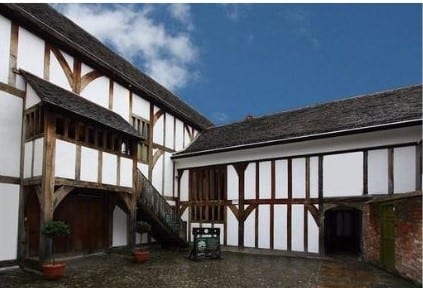 Thought to have first been built in the 14th Century, Barley Hall was originally intended as a hostel for the Priors of Nostell; a group of monks from Nostell Priory in West Yorkshire who made regular visits to York Minster. They were part of the cathedral’s governing body, and so needed somewhere to stay when important ceremonies took place in the city. As time went on, the wealth and power of the priors diminished, in part due to the rebuilding of their priory. Eventually, their York home became too costly to keep and had to be leased out. This led to the Hall being redeveloped and extended over time by leaseholders, who wished to demonstrate their own wealth by making the Hall bigger and up to date with the architecture of the time. The earliest surviving lease of the Hall dates back to 1466, when William Snawsell, the Lord Mayor of York, occupied the building.

When you visit today, you are stepping back in time to how the Hall looked during the time of Snawsell. Not only was he Lord Mayor, but his status as a freeman of the city allowed him to trade in gold, silver and jewels: a job that made him a wealthy and powerful figure in York. After being Lord Mayor, Snawsell remained as an Alderman (a high ranking member of the council, second only to the Lord Mayor) and it was this status that allowed him to greet King Richard III as he arrived into the city on a royal visit in 1483, the year he ascended to the throne of England.

Forgotten but Not Lost

After Snawsell’s death, during the dissolution of the monasteries, the Hall was confiscated by the Crown, a turning point which precipitated the building’s decline. Over the years it was built upon or repaired with increasingly modern techniques, which replaced the beautiful, original features with brick, or built over them entirely. The last person to lease the Hall was a plumber in 1985, after that it was set to be demolished and turned into offices and flats after being purchased by a local businessman. Before this could be done, York Archaeological Trust (YAT) were brought in to survey the building as an area of archaeological significance, where it was found that within the layers of brick additions was a large L-shaped medieval house. After recognising this historic significance, YAT bought the building in 1987.

After excavating underneath the Hall and discovering a significant amount of medieval finds, the decision was made to recreate the Hall as it would have looked in its prime, as the home of William Snawsell. To do this, it was decided that every feature of the recreation would be made with authentic medieval techniques to rebuild the Hall as accurately as possible. 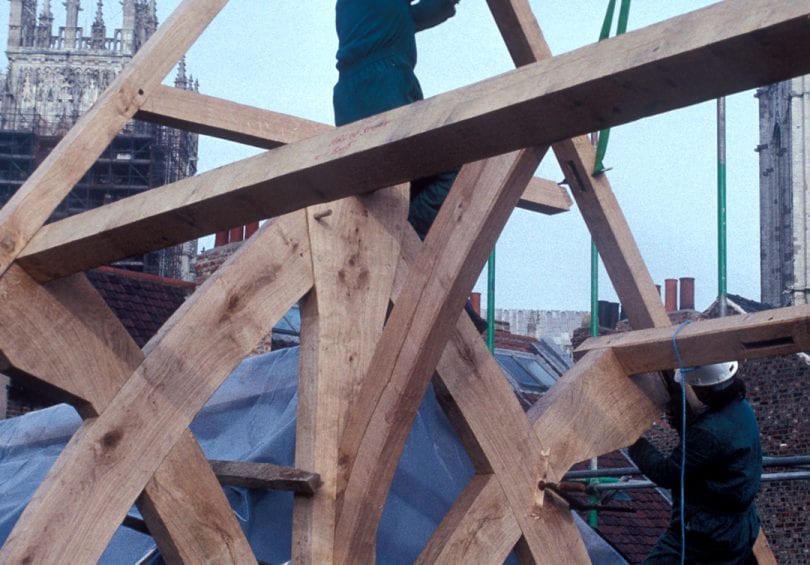 One of the main tasks was to reconstruct the frame of the Hall, which was originally made from oak timbers. These surviving timbers (some of which dated back to 1360) were taken off-site as far as Reading, where they were “scarf-jointed”; a method of joining two pieces together to make one long piece, to new wood, before being brought back to the Hall. Any wood that was too rotten or missing was replaced by authentically made reconstructions. The original timbers are still visible today, along with the carpenter’s mark that would have been used to instruct where each timber would have been placed (much like flat-pack furniture instructions today).

YAT went to great lengths in ensuring every aspect of the Hall was authentic. The wall hanging and soft furnishings in the Hall needed to be recreated in the exact style of the medieval home, but no original examples of the material survived. However, microscopic examinations of a lead seal were carried out, showing that it had once been attached to a sample of ‘say cloth’ (a woollen cloth which no longer exists), and still had a clear impression of the weave. From this, the Trust were able to identify which kind of fabric they would need, and the process they would need to use to make it, in order to retain the authenticity of the Hall.

When it came to the decorations and items of the Hall, inventories of items from neighbours of Snawsell were used, in order to build a picture of what objects would commonly occur in such a grand house. Sadly, no inventory of Snawsell himself exists, but the will of his Grandmother, Alice Snawsell, found in York Minster Library, describes how she bequeathed him her “Red Chest”. A red chest now sits in the Parlour, based on a similar one found in a church near Ripon, and was hand-carved as it would have been over 600 years ago. 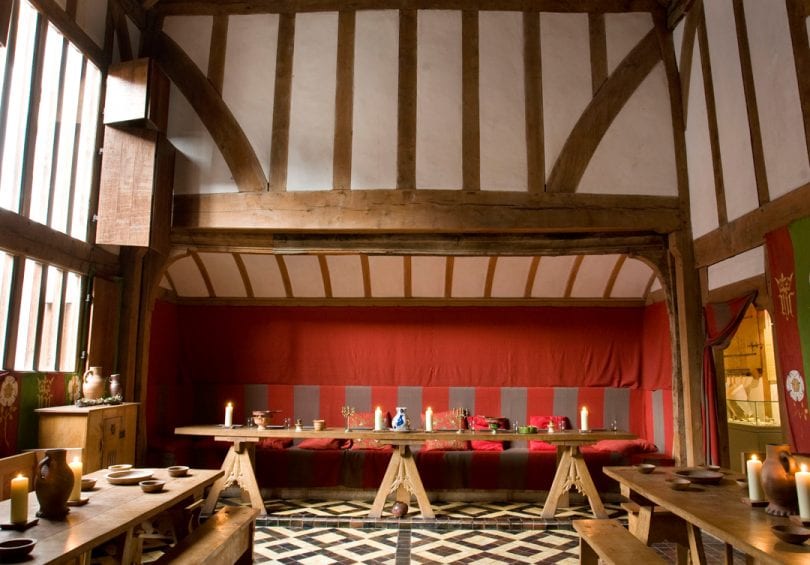 The Great Hall is one of the most impressive aspects of Barley Hall, here is where William Snawsell would have feasted and entertained large parties (and also where you can have your own authentic medieval feast today). The central hearth, which would have been a fireplace to heat the entire Hall, was actually found in Rawcliffe, York, but was given new lease of life and now adorns the exact location where Barley Hall’s hearth would have been found; in the centre of the Great Hall.

The experts who helped bring the Hall back to its former glory used medieval techniques, which are proven to last, as some of the original features of the Hall are nearly 700 years old. Countless other features of Barley Hall can be discovered when visiting, including possibly the only horn window in England. A cheap alternative to glass in medieval England, the cow horn would be softened by soaking it in water, then rolled into strips. Because only the translucent parts of the horn could be used, these strips would usually be quite short and thin.

Barley Hall presents the Middle Ages in York as it existed for the higher classes of society. Unlike other historic attractions, visitors to the Hall are invited to inhabit the space however they wish, by handling the objects, sitting in the Great Hall and exploring history for themselves. It’s this inviting approach to York’s history that the Hall embodies, as one of the few historic houses where you can truly make yourself at home.

You can find out more information about Barley hall, such as contact information, admission prices and opening times, on their webiste: www.barleyhall.co.uk

Barley Hall is a Medieval house situated in York. The oldest parts of the building date back to around 1360, but it was not until the 1980's that the semi-derelict hall was restored back to its former Medieval glory for everyone to experience and enjoy. You can find out more about Barley Hall on the website www.barleyhall.co.uk.

Buying Or Selling A Dog: The Lockdown Rules

Catch Up In The Kitchen With… Holly!

Be Inspired By An Upcycler: Rachel Smith-Evans at Quirky Chairs Liverpool

How to have a Sustainable Holiday for the Future

Buying and Caring For a Tortoise