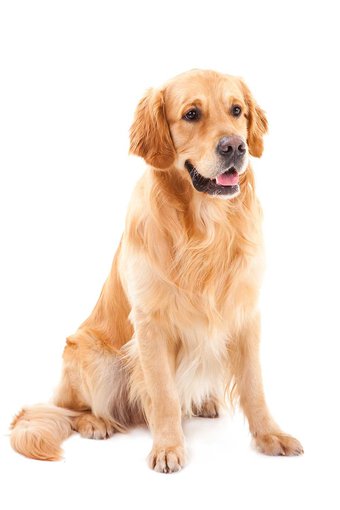 The beautiful Golden Retriever or “Goldie” is a popular family pet within the UK, and is also commonly used in various working roles as well. Outgoing, trustworthy, loyal and calm-natured, the Golden Retriever is a true ambassador for the canine world!

History of the Golden Retriever

The Golden Retriever was historically, as the name suggests, used as a retrieving dog, collecting downed game birds for hunters and bringing them back. As well as retrieving on land, the Goldie also loves the water, and is adept at retrieving items from within lakes and ponds. They retain their love of swimming up until the present day, so invest in a good hairdryer if you plan to walk your Golden Retriever near to open water!

The Golden Retriever is also one of the most common breeds trained as assistance dogs for blind people and other people with special needs.

Appearance of the Golden Retriever

The Golden Retriever is classed as a large dog breed, with a strong but not overly muscular build and sturdy legs. Their coats are, of course, an attractive golden yellow colour, with relatively long, silky fur that is dense and water-repellent.

They have kind faces with a long muzzle, fairly long droopy ears, and kind eyes. Their tails are long and feathered, and are usually wagging furiously!

Temperament of the Golden Retriever

The Golden Retriever possesses all of the best traits of the dog as a whole, being intelligent, amenable to training, loyal, trustworthy and kind. While they have very open, outgoing personalities, they are also calm and tolerant, and make ideal assistance dogs due to their loyalty, reliability and capacity for working closely with people.

They are confident dogs that are infinitely gentle, despite their large size, and they get on well with children, strangers, other dogs and usually, smaller pets too. If you are seeking to own a dog that loves everyone but remains loyal to their family first and foremost, the Goldie is the perfect pick! 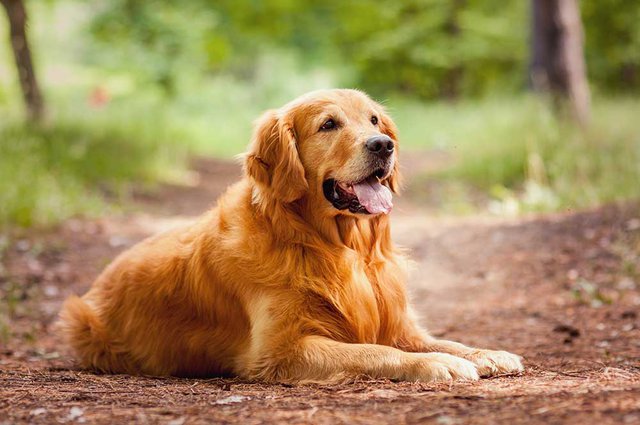 Health Considerations for the Golden Retriever

The average lifespan of the Golden Retriever is 10.5-12 years, placing them in the middle of the pack compared to dogs of a similar size and build.

While they are usually active dogs that are not prone to picking up minor ailments such as coughs and colds, they are nevertheless prone to a few health conditions that have a heightened rate of occurrence within the breed, including:

Golden Retrievers also really love their food, even more than most breeds of dog, and so can be prone to obesity if overfed and under exercised.

How Best to Care for a Golden Retriever

The coat of the Golden Retriever is long and luxurious, and they are considered to be a heavy-shedding dog, so if clouds of dog hair throughout the house are a deal breaker for you, cross the Goldie off your list of potential pets! They require regular brushing and grooming, and as they like to explore and aren’t afraid of getting their paws(and everything else!) wet and mucky, they may need regular baths as well.

They require a reasonable amount of exercise, so schedule in at least a couple of long walks every day, and make sure that you provide enough mental stimulation for your Golden Retriever as well.

Finally, it is worth bearing in mind that the Golden Retriever rarely misses an opportunity to eat, and they can become adept food thieves, so be careful of what you leave out on the table or worktop while your back is turned, and prepare to supervise your dog when out walking to keep them from picking up scraps!

The Benefits of Companion Planting

A Brief History of the Harley Davidson

British Cars in the 70s