I moved to Saltmarshe Hall just over three years ago with my husband and children. My husband and I grew up in Wiltshire and Somerset and had spent around 12 years working in London. We both knew that neither of us wanted to stay in London forever, so began to start searching on Rightmove for some options. One Sunday night we cam across Saltmarshe and were intrigued by it. We arranged a viewing and both loved it instantly, believing that it could be transformed into something very special indeed. 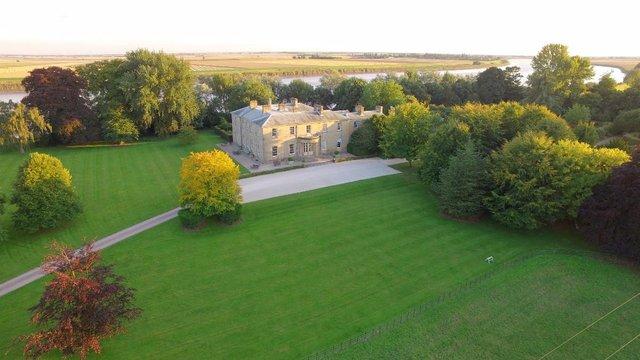 Saltmarshe itself is a fascinating property. There has been a house on the site for 900 years, but the current building was constructed in 1825 in the Georgian Style. More interestingly, the property was in the Saltmarshe family for the duration of its life, right up until the last Saltmarshe died in the 1970s. The couple that bought it resided at Saltmarshe for some 40 years and put the property on the market in 2012, meaning we’re only the third family to live here in nearly a century! The family that lived here before us redecorated the house extensively, but we understand that that was quite some time ago. Given it’s glorious setting within 17 acres of beautiful grounds on the edge of the river Ouse, we decided that we’d try to transform the hall into a wedding venue, and set about the task of renovation and redecoration.

Firstly, we had to source furniture. We’d moved from a 4 bed terrace and all of our furniture fitted into one room. We are lucky enough to have a friend that used to work for a big auction house and has since gone freelance sourcing antique furniture for clients. She did all the hard work for us, and came up with an extensive list of items from auction houses, antique shops, and websites. We wanted to ensure that the furniture was in keeping with the Georgian decor, but we also coupled it with modern soft furnishings. 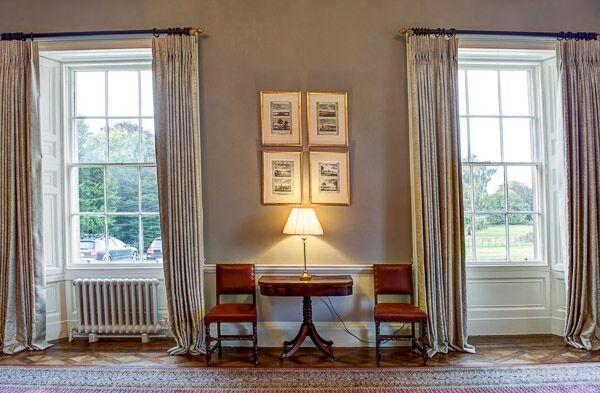 Once furniture was under control we looked into decoration. There was some restoration work to be done in some areas where there had been leaks – inevitable in a house this age. We also needed to focus on some of the external stonework which had deteriorated with the weather. My husband and I are no good with colours. In a previous flat we had painstakingly picked out a paint colour which we thought would look amazing on the wall. It didn’t. With the scale of the rooms at Saltmarshe there was no room for error, so this time we left it to the experts. I contacted Farrow and Ball and explained to them that we had huge areas to paint and asked advice on colour recommendations. We found an amazing team of decorators who managed to complete the project very quickly.

Alongside the redecoration work came the arduous task of actually changing the house from a private residence to a place of business. Anyone who’s been through planning permission can most likely empathise with the process which seemed to take a year longer than it should have to complete. Not only did we have to get permission to run a business at the property, we had to get approval for a whole host of other licenses and permissions which was immensely stressful! Large houses like Saltmarshe simply can’t continue to exist without some commercial element, as without this it would be impossible to maintain and continue to restore them.

The house is U-shaped and whilst two thirds of it is habitable, the North Wing hasn’t been lived in since the 1930s when we believed there last to be servants in the house. Ever since then, the North Wing has been closed off and left untouched. You’re still able to see the old wallpaper, paint and even beds in that part of the house. It’s a little creepy and will need a total renovation to bring it back to life; an exciting, if not daunting, project that we will get round to completing at some point I hope! 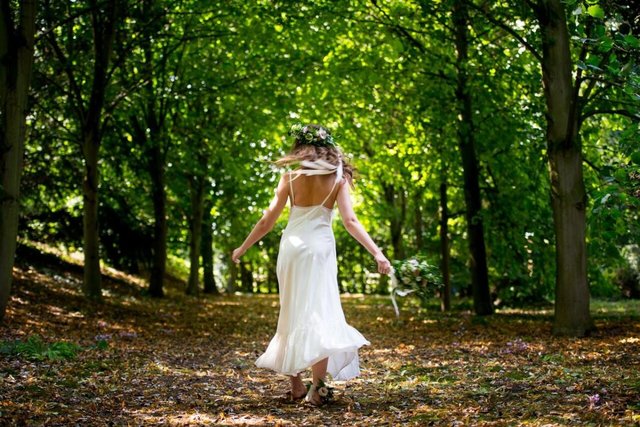 We’re just coming to the end of our second year of hosting weddings. It’s exhausting, but such a privilege to be a small part of people’s big day. We hand the house over to the couple to decide what they’d like to do with it. This means that no two weddings are the same, and they can be as creative and imaginative as they wish. I particularly enjoy outdoor ceremonies which we’ve seen quite a lot of this year; there’s nothing more beautiful that the sight of little tea lights and ribbons decorating a tree lined walk way for the ceremony to take place under.

We’re still relatively unknown as a venue which I like; a secret hidden gem in a parkland in East Yorkshire!

Kate Whyte grew up in Wiltshire and studied Chinese at Leeds University. After university, she worked in London for 12 years. She has three children and is the owner and manager of Saltmarshe Hall; a wedding and events venue in East Yorkshire.

Timeless Romance for the Big Day

National Second Hand Day at Preloved – What is it?

The Positive Influence of Pets