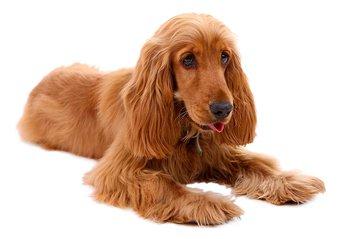 The English Cocker Spaniel is a native British dog breed, renowned for its kind nature and working prowess. Attractive looking, personable and friendly, the Cocker Spaniel has a long and distinguished history as a working dog within the UK, but today, is also extremely popular as a family pet.

History of the English Cocker Spaniel

Spaniel type dogs have been documented within the UK for over 500 years, and the Cocker Spaniel breed as we know it today has been recognised in Britain since at least the 1800s. Historically, the Cocker Spaniel was used as a working dog, both driving game towards hunters and retrieving downed birds for their handlers.

The Cocker Spaniel also holds the distinction of being the breed to have taken the prestigious Best in Show title at Crufts dog show more times than any other dog breed.

Appearance of the English Cocker Spaniel

The Cocker Spaniel is classed as a medium sized dog with a sturdy but not heavy build and a compact and proportional appearance.  They have kind faces with soulful eyes, and relatively long ears that should reach just a bit further than the tip of the nose when held in front of the face.

Temperament of the English Cocker Spaniel

One of the Cocker Spaniel’s most distinctive traits is its temperament, and they are almost universally recognised as being gentle, kind, soulful and loyal. They bond strongly with their families, and are generally friendly towards other dogs and strangers too.

The Cocker Spaniel is also highly intelligent, good at problem solving, and capable of retaining a range of higher-level commands when correctly trained. They are lively, active dogs that thrive on lots of exercise and attention, and tend to get bored quickly if not adequately stimulated. 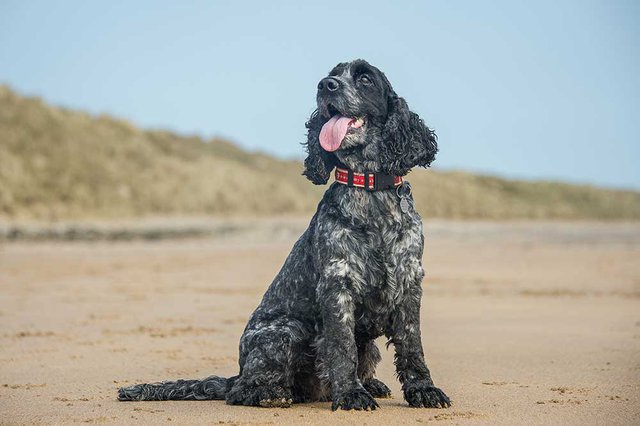 The average lifespan for a purebred Cocker Spaniel is in the region of 12 years, which places them firmly in the middle of the pack in terms of pedigree dog longevity. The leading causes of death of the Cocker Spaniel as a whole are listed as cancer and old age, but generally speaking, these dogs are robust, healthy and fit for life.

The Cocker Spaniel breed as a whole does have some slightly elevated risk factors for certain genetically inherited health conditions, including:

How Best to Care for an English Cocker Spaniel

The Cocker Spaniel fits comfortably into the average family home, and is eminently suitable for keeping with children. They love the company of people, and will usually live quite happily alongside of other dogs or smaller pets too, providing that they are properly introduced and socialised. The Cocker Spaniel does require a reasonable amount of exercise, due to their working dog heritage, and has a tendency to gain weight if overfed or sedentary.

It is also worth noting that the Cocker Spaniel coat is prone to shedding, and requires regular trimming or grooming in order to keep it under control and in good condition.

Eco Chic Interiors: Decorating Your Home on a Budget