Fun Things To Do With Your Dog During Lockdown

Fun things to do with your dog during lockdown

Hey there! My name is Sam and I spend my days training my exuberant Border Collie ‘Buddy.’ But, how exactly do I keep things entertaining and fun with my dog during lockdown? I have been asked this a few times and so I thought I would share some of our fun lockdown games. Some of the games we play involve a bit of fitness, but Buddy just thinks they are super fun!

Two Paws on One Object

One simple thing you can do at home is a game of two paws on an object. I use yoga blocks which you can buy online, but you can start with a book, a step stool, something sturdy and flat that isn’t too tricky for them to get the idea. This is great for the brain, yet super hard for them so keep sessions really short – quality, not quantity! Once they do get it, you can get creative!

How do you do ‘two paws on an object’ I hear you ask?

NOTE: You can absolutely lure them towards you to encourage them up onto it and feed them for being in position!  Don’t be stingy with the food either! 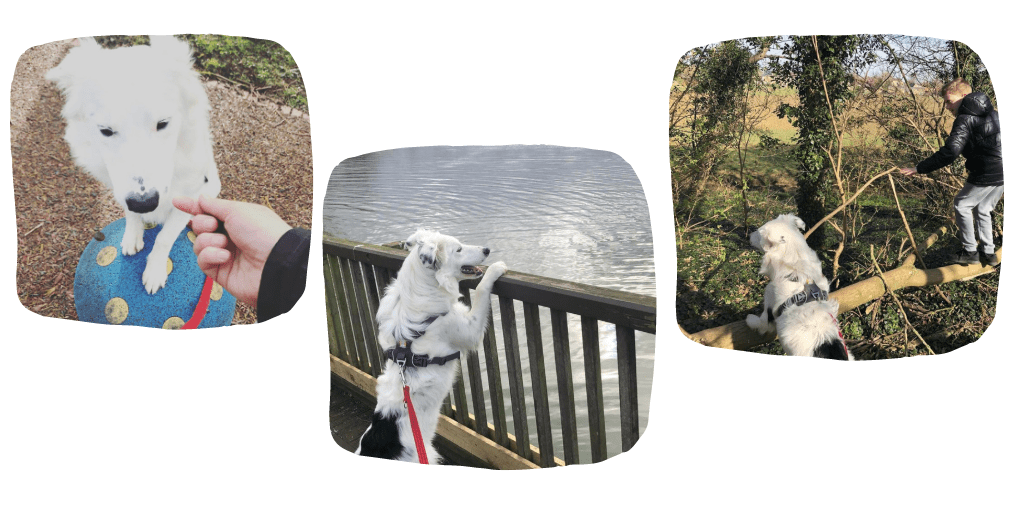 Other Objects you can Use with your Dog during Lockdown

Cardboard boxes: Objective being they are eventually happy climbing in.  Useful as a boundary or if say you wanted to wash their paws after a muddy walk!

Large plastic beakers: Objective being they eventually put their nose in.  Great for muzzle training and head collar training.

Wobble cushions and paw pods: Increases the difficulty so extra strengthening. If you don’t have a wobble cushion you could use a normal cushion.

NOTE: Make sure you follow the same process, reward for interaction then slowly up the difficulty. AND, make sure you take it back a step on your next session to refresh their memory.

Another favourite is basically different ways to bowl food! We ditch the bowl already, and if you don’t, it’s a good way to get your dog interested in their kibble so you can use it as a training tool throughout the day rather than have set mealtimes. If you’ve never played catch with your kibble, or your dog isn’t very interested in playing with it, first of all, you want to get their attention. 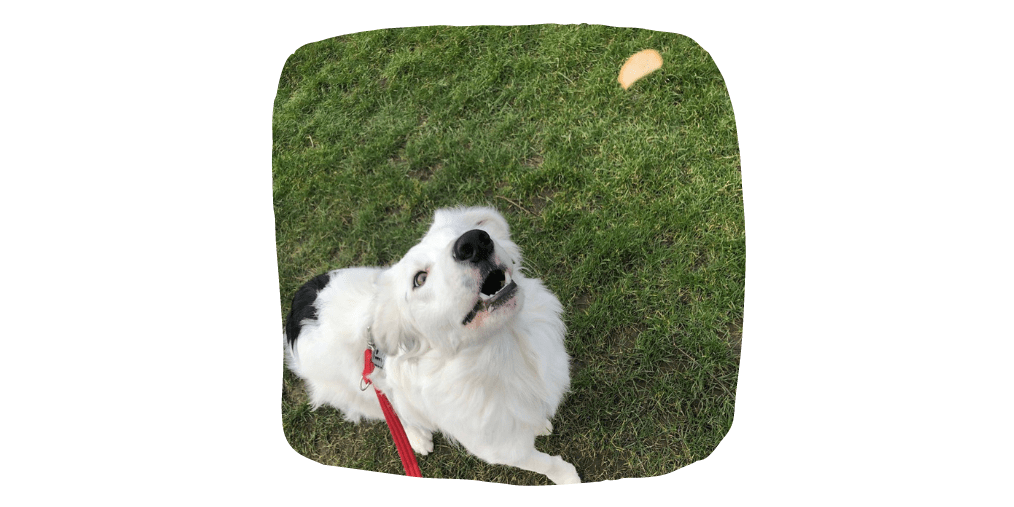 Doing quick exercises with your dog during lockdown should be fun for both the owner and your four legged friend. The main thing I have learnt with my dog is that I need to keep these sessions super short.  He absolutely loves them and would keep going for as long as I let him! Anywhere between 3 and 5 minutes is fine.  Have a rest for a bit, then do some more later. End on a high!

In just a few minutes you’ve strengthened your bond by having fun, your dog has had some great exercise, and you are on your way to getting your dog interested in their daily food which you can start to use for more training!

DON’T KNOW WHAT TO READ NEXT? LOOK NO FURTHER!

Visit our Member Rewards Page Today for Exclusive Offers on everything from Shaving Sets to Recipe Boxes!

Be sure to read: Separation Anxiety in Dogs, Advice for Pet Owners

Dogs Hints and Tips Pets Pupdates Write for Us

Sam Milburn is a '30 something' blogger, who spends her days training her exuberant Border Collie 'Buddy', while juggling family life with her husband, son, and two cheeky cats. She started her website in February 2020 after realising the lack of 'honest' blogs about the emotional ups and downs of owning a reactive dog with struggles. Working from home as a Virtual Assistant, Sam's love of social media and writing naturally evolved into an authentic and quirky blog about everyday life with her new four-legged friend.

The Power of a Positive Mindset during Lockdown

How To Keep Your House Cat Happy