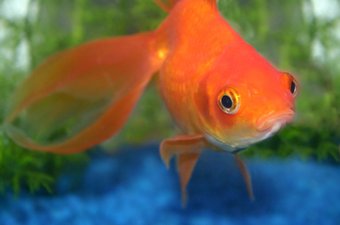 They won’t chew your furniture, don’t leave fur and dirt around the house and you can relax just by simply watching them – could low-maintenance goldfish be the perfect pet?

Millions of people across the UK think so and are hooked on these fishy friends, enjoying the simple pleasure of watching them glide effortlessly around their aquarium. So if you’re thinking of getting a goldfish for your home, we’ve got some great advice about all the things you need to consider.

While lots of people believe that a glass bowl is suitable for their fish, most experts agree that they’re usually too small, can soon become cloudy and don’t offer the ideal environment. Far better is an aquarium with a filter system to keep the water clear and at the preferred temperature. Generally speaking, the larger the tank the longer it will take before the water deteriorates and needs replacing. In a small bowl water can evaporate more quickly and ‘pollution’ from waste and uneaten food will turn the water cloudy.

When buying a tank for your fish get the biggest one you can afford and your house accommodate. A larger tank will hold a greater volume of water (a minimum of 45 litres) that will be less vulnerable to changes in temperature and offer a more stable water chemistry.

Remember, if you’re buying young fish they will grow! Aim to allow for approximately 4.5 litres of water for every 2.5cm of the fish when fully grown. 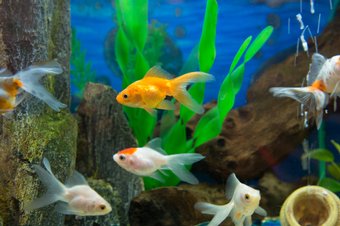 If you are opting for a larger tank, you should also consider purchasing items such as a filter, thermometer, pump, lighting and a ventilated cover. These will all help to keep the water quality up, as will oxygenating plants.

Getting in the Swim

When you first bring your goldfish home it will more than likely be in a tied plastic bag. Place the bag out of direct sunlight (inside a shady cardboard box is ideal) and open the bag to replenish the oxygen. Gently put the fish inside bag into the water of the tank, leaving it to float there for up to half an hour. This will let the fish adjust the tank’s water temperature. Gradually add water from the tank to the bag before eventually releasing the goldfish into its new home.

If you are planning to buy a number of goldfish, it is best to introduce them gradually, monitoring the water quality as more fish are added to the tank. Make sure that the tank is big enough to accommodate more fish and does not become overpopulated, which will have an adverse affect on the quality of the environment.

Remember, the more fish the bigger the tank required. So, while one goldfish needs approximately 38 litres of water, four will need up to 320 litres.

Goldfish are omnivorous, so they need more than just common dried fish flakes or pellets to provide a healthy balanced diet. You may be surprised to learn that goldfish will happily eat all of the following foods:

A common mistake is to over-feed goldfish. You should aim to give your fish no more than they can eat in a two-minute period. 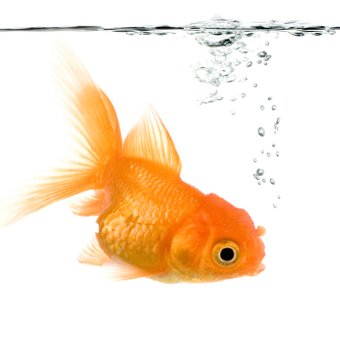 With the correct environment and food, goldfish should live many healthy years. A healthy fish will have the following appearance:

While there are around eighteen different types of goldfish, they can be divided into two varieties – single-tail and twin-tail. The latter has been bred selectively to give it its unique twin-tail appearance.

Care and attention is needed to be given to mixing different types of goldfish in a tank, as some are faster, will mate more aggressively and can more prone to certain diseases than others. Make sure your chosen fish are all compatible. 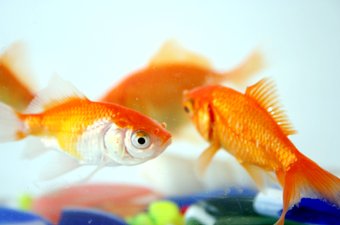 Here are some useful links where you can find out more about goldfish and their requirements as pets.

The Goldfish Society of Great Britain

10 Ideas on How to Hygge in Autumn