What Is The Difference Between Mid Century Modern and Scandi?

Joel Poole is an expert dealer of Mid Century Modern furniture. His passion is contagious and his Instagram feed can inspire anyone to add a piece of furniture to their home. We hear the term Scandi thrown about very often nowadays, but what is it? Joel sheds some light on the difference between Mid Century Modern and Scandi.

A better quality of life

The term Mid Century Modern was first coined to describe an era that roughly spans from the mid 1930’s to the mid 1960’s; though nowadays takes in design from the early 70’s too – just don’t tell the purists. Not everything produced in the era is Mid Century Modern though. The “Modern” aesthetic is purely based around looking to the future. Post WWII, new methods of furniture construction  such as pressed wood, tubular steel or moulded plastic meant we could mass-produce furniture at a lower cost; meaning better design for all. In fact the whole movement was very much about giving normal, everyday people a better quality of life. Nature heavily influenced the designs, with organic shapes becoming a key feature. A marriage of form and function was also high on the agenda. It had to work, and it had to look modern. 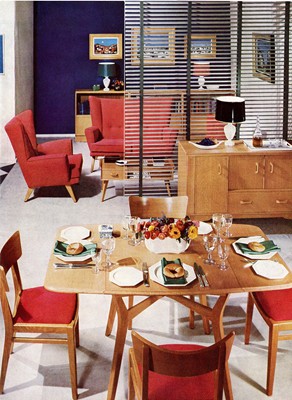 In Britain, Mid Century Modern didn’t really land on the High Streets until the early 1950’s, after the end of rationing and the demise of the Utility Furniture Scheme. With the end of the scheme, furniture makers gained freedom over their designs. More contemporary-styled furniture was available alongside traditional furniture, with Scandinavian design heavily influencing the designs in both style and choice of materials. With time its popularity grew, and sales of the modern designs started to outstrip those of the traditional designs. The furniture manufacturer E Gomme released their first “G Plan” range in 1953, and a brand was born! Other manufacturers swiftly followed suit, such as Stag, Austinsuite and Nathan; the all produced high quality, contemporary styled furniture at affordable prices.

Scandinavian design and Mid Century Modern are mostly the same thing in terms of furniture design. Note that I said mostly. The golden age of Scandinavian design runs concurrently with Mid Century Modern, and shares many of the same design touches, organic forms, natural wood finishes, the marriage of form and function. As mentioned earlier, it was the Scandinavian output at the time which heavily influenced the British furniture manufacturers from the mid 1950’s onward. 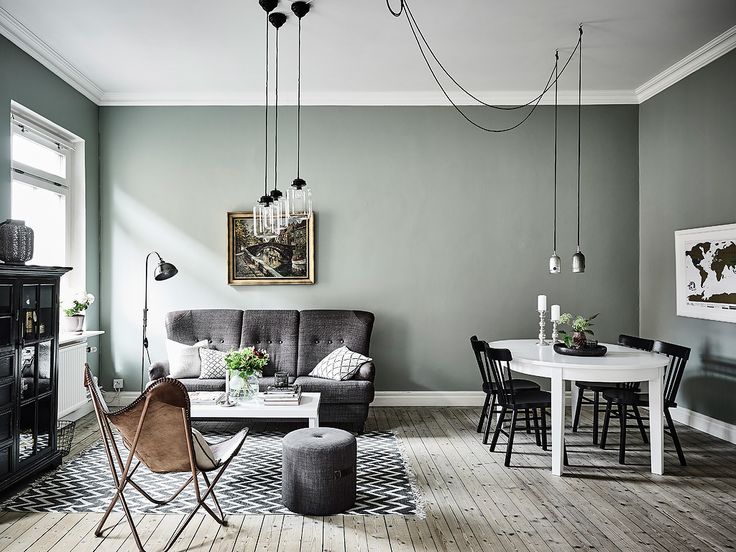 One of the key differences between Mid Century Modern and Scandi style is the surroundings. Mid Century Modern interiors favour bold colours, patterns and prints that beautifully complement the rich tones of the teak so often used. Open plan living and lots of glass provide a wealth of natural light; meaning the spaces can more adequately cope with such vibrant colours.

Scandi interiors however, typically consist of much paler muted tones. Pure white or pale grey walls, rugs and throws of different textures are the norm, with pops of colour here and there such as yellows and pale greens. Scandi style can often have a slightly more rustic feel to it, given the types of properties, the surroundings and the climate. Pale colours are favoured due to the light-giving properties they offer; a must during the dark winters. The use of textures in throws and rugs, and carefully placed candles create a warm cosy environment in the dark, cold winters. This is probably one of the reasons why the Scandi look is proving so popular in the UK.  Palm Springs we most definitely are not!

You can follow Joel on Instagram and Facebook, where he shares his beautiful finds. He has also written about why we should buy vintage furniture and what to look out for when buying Mic Century Modern pieces. If you are interested in vintage furniture, why not read all about British Institutionalised Furniture or our Guide to Ercol Furniture?

Joel Poole is the owner of Populuxe Home Boutique, an online vintage/retro furniture and homewares company based in Sandbach, Cheshire. In 2015 after a 15 year career in the corporate world, Joel decided to follow his dream of buying and selling vintage furniture, and Populuxe was born. The company has rapidly grown and is now one of the largest retailers of vintage furnishings in the North West.

Be a Bit More Hygge This Year

Our Guide On How To Make The Perfect Advert

A Stylist’s Guide to Shopping Secondhand