With a range of retro garments and second hand designer clothes listed on Preloved, we like to take a walk down the fashion memory lane from time to time, by featuring our favourite fashion decades here on the blog. This time the focus is on the swinging sixties! 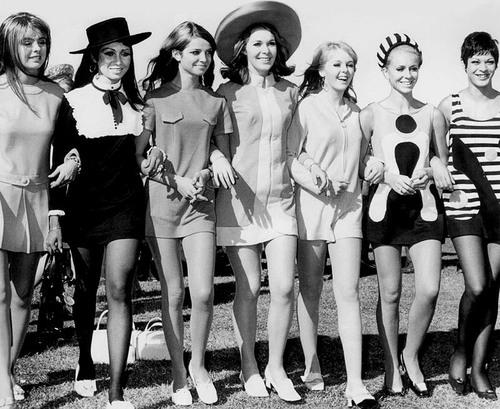 With the fashion of the 1960’s coming back in style for 2015, we’ve seen the high street full of vintage inspired pieces echoing this iconic decade. From the Orla Kiely x Clarks shoe collection, to sassy swing dresses filling the fashion rails! 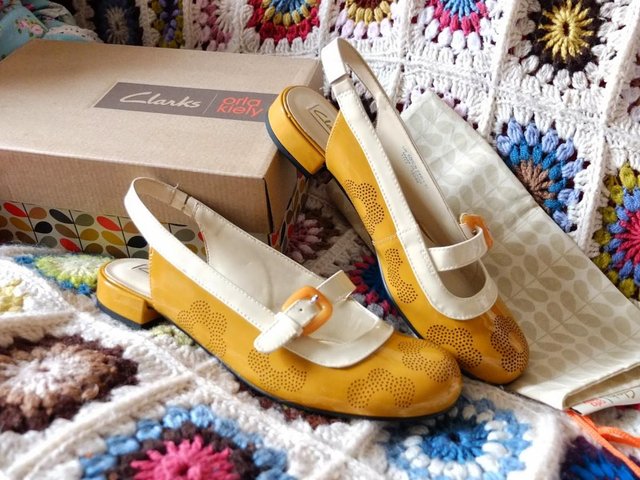 During the 1960’s, the culture of clothes shopping had shifted in to an experience incorporating  pop music within an informal atmosphere, where all budgets could be catered for with a range of ready-to-wear designs. With the rise of The Beatles, the decade saw mod culture stirring up a musical storm, which would ultimately impact the fashion choices of men and women alike. The 1960’s were all about the beehive hair do’s and box shape cuts – the age of daring hemlines and iconic models such as Twiggy hitting the scene. 1960’s fashion once again, broke the more conservative styles of previous fashion decades, with the most iconic trend of the time being the hiked up hems of the mini skirt.

The mini skirt was born and bred from the pop culture scene in London, and soon became one of the most controversial yet defining garments of fashion history to date. Created by Welsh fashion designer Mary Quant, she tailored the piece to the tastes of her customers; who were the young, trendy women of the Kings Road, where her infamous boutique was located. Alongside the miniskirt, the rise of the bold, patterned leg was also becoming more popular, with brightly coloured tights and socks gaining popularity throughout the decade.

Footwear also took a sharp turn in direction and found women now wearing the infamous ‘go-go boot’. A low heeled, calf length boot, which was most popular in white, these were the boots to be seen in back in the 60’s! Perfect for dancing the night away, whilst maintaining your effortlessly chic style. 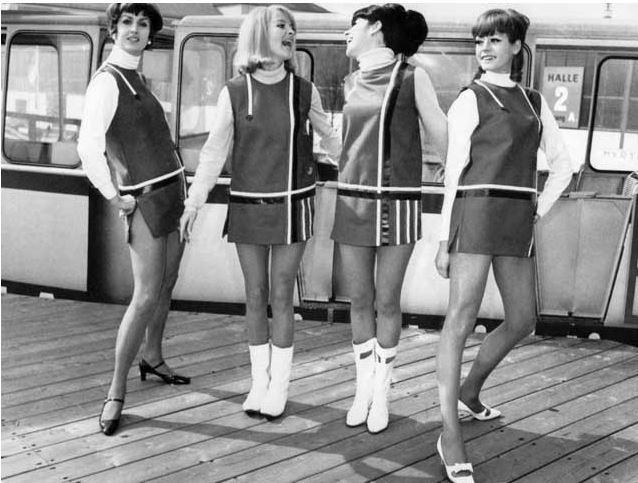 With fashion forward stars such as Bridgette Bardot, Audrey Hepburn and David Bowie setting the trends, the high street began to cater for more androgynous tastes. Stars like Audrey Hepburn championed the skinny jean, whilst Bowie took to the make-up counter. We still see these signature styles and daring looks playing a crucial part in the way both men and women dress to this day, with both males and females picking up on the daring looks that the 60’s fashionistas started.

Some hair styles became shorter, whilst others became higher! Not only was the backcombed style of the beehive a popular look, but with Vidal Sassoon championing ‘more efficient’ cuts ladies also found themselves ditching longer length hair styles. Utilising angles and shape, the ‘bob cut’ became the IT style of the 60’s. Low maintenance and completely lacquer free, the cut itself the emphasised the shine and health of the hair naturally.

In a nutshell, 1960’s fashion was fun, flirty and a turning point in fashion, which still impacts the trends we wear today.

Is the 1960’s one of your favourite fashion decades? Maybe you’ve just discovered your love of the 1960’s and want to browse some more memorabilia over in the Preloved Time Machine section.

Let us know over on our Facebook page and why not even share some pictures of yourself in your best 60’s inspired look!

Caring for an Older Dog

How to Make Your Living Space All About You

Top 5 Houseplants For Your Living Room

5 Easy Christmas Crafts For You To Try

Neutering: When to Neuter Your Cat