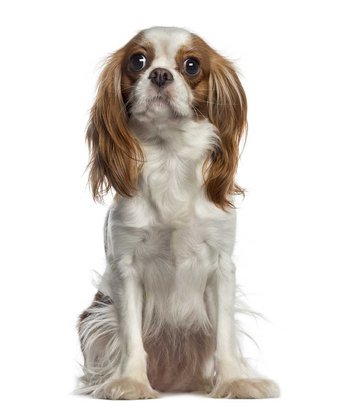 The Cavalier King Charles Spaniel or “Cavvie” is a toy dog breed from the spaniel grouping, and one of the most popular toy dogs or lap dogs within the UK today. They are friendly, good-natured, and enjoy spending plenty of time around people.

The Cavalier King Charles Spaniel is closely related to and descended from the King Charles Spaniel, and historically, was selectively bred to have a longer face and less rounded skull than the original King Charles Spaniels. The breed almost died out entirely during World War Two, as living conditions became harsher and fewer people could afford the luxury of keeping a companion animal.

Just six foundation dogs formed the basis of the breed as we know it today, but successful breeding programmes have once again ensured that the Cavvie is now a common sight within the UK.

The first thing that strikes you about the Cavalier King Charles Spaniel is that they are incredibly cute! They have the typical kind spaniel face and soft eyes, with long floppy ears and soft fur; perfect for cuddling! They can be seen in four colours: Black and tan, Ruby, tricolour, and Blenheim spot, which is distinctive for being a mainly white dog with red ears and a spot of red on their heads.

The Cavalier King Charles Spaniel is a real people-pleaser, renowned for being patient, kind natured, tolerant, and keen to please. They thrive on human company, and are generally very good with children of all ages. If you are looking for a gentle and trustworthy partner in crime for your kids, the Cavvie is the perfect pick!

They like to play, explore and run around, and like all spaniels, require adequate exercise. However, once they have tired themselves out, they like nothing better than snuggling up in the lap of their favourite person, so if you are on the lookout for a canine love bug, this is the dog for you. 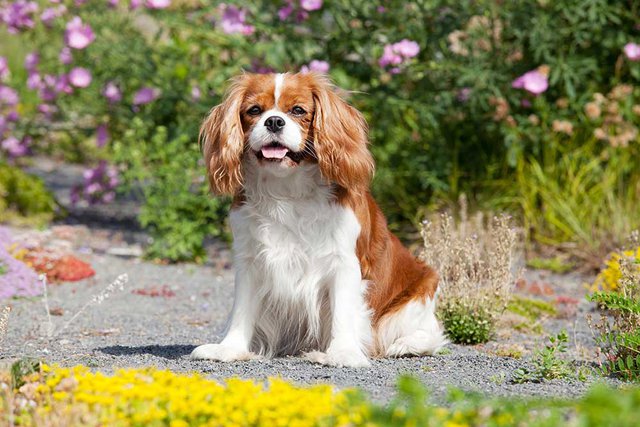 The average lifespan of the Cavalier King Charles Spaniel is between 9-14 years, and unfortunately they are also prone to a range of genetic health conditions that can affect both their quality of life and their longevity.

Some of the most common genetically inherited health problems associated with the Cavalier King Charles Spaniel include:

Many of the genetic health conditions associated with the Cavalier King Charles Spaniel are prevalent within the breed due to the fact that all of today’s dogs are descended from a relatively small gene pool, as only six purebred breeding dogs remained to form the foundations of today’s Cavvie after World War Two.

How Best to Care For a Cavalier King Charles Spaniel

The Cavalier King Charles Spaniel may be little, but they still have big personalities, and will soon make their mark upon your family. They require lots of affection and time spent around people, and will pine and become unhappy if left on their own for long periods of time.

Their coats are relatively low-maintenance, but do require brushing and combing now and then to keep them knot-free and in good condition. They require a medium amount of exercise, and really enjoy being included in family life and treated as one of the family.

They can be kept successfully with smaller pets such as cats, but they have a relatively well-honed hunting instinct, so it is important that they learn from an early age that while they may be called the “Cavalier King Charles Spaniel,” the cat of the household is the real king!

5 Easy Christmas Crafts For You To Try

How to Bring Old Charm into a New Build Home

The Power of a Positive Mindset during Lockdown