The petite Chihuahua is the world’s smallest breed of dog, and one of the most popular lapdog breeds within the UK. They are also one of the most photographed dogs too, being popular with many celebrities, who often like to tote them around in specially designed doggy handbags!

History of the Chihuahua

The cute appearance of the Chihuahua belies their plucky natures, and in their home country of Mexico, the Chihuahua has a long history of working alongside of man in a role that only a tiny dog could manage – catching rats and other rodents! So while the Chihuahua is loving, adorable and generally bonds very strongly with their owners, they can also be tiny terrors where smaller pets are concerned!

Appearance of the Chihuahua

The Chihuahua weighs in at just 6lb or less, and can range in height from a diminutive six inches tall up to as much as fifteen inches tall at the withers. They are distinctive for their petite faces with high, curved foreheads, and their pointy, bat-like ears. The Chihuahua coat comes in two varieties: shorthaired and longhaired, but both versions have a very fine, light coat that does not provide a great deal of insulation against the cold – prepare to invest in a wardrobe of coats and jumpers for the winter if you are considering giving a Chihuahua a home!

The Chihuahua can also be seen in an almost limitless range of colour combinations, including white, fawn, sable, and many more. Their coats may be all one colour, or a mixture of shades depending on their breeding.

Temperament of the Chihuahua

The Chihuahua might be small but they are 100% dog, and need to be treated as such. While their petite size means that they are among the most pampered of pooches, the potential Chihuahua owner will soon find themselves with a tiny terror on their hands if they do not take pains to property train, socialise and handle their dogs.

They are also fiercely loyal, and bond strongly with their family or favourite person, often displaying protective defensive traits, despite their small stature! Just because they are small, it would be a mistake to think that the Chihuahua is likely to be near to the bottom of the pile in a dog pack social situation too; often, the Chihuahua will display dominance over much larger dogs – after all, no one has told the Chihuahua that they are too small to hold their own! 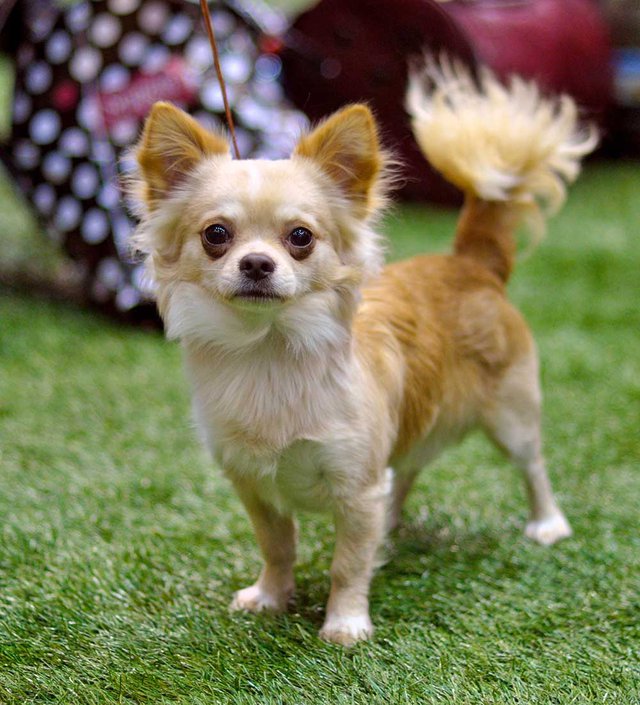 Health Considerations for the Chihuahua

The average lifespan of the domestic Chihuahua is very variable, ranging from around ten years to as old as eighteen. They do sometimes need assistance with delivery of their litters, and the breed is rather prone to having problems with their bite and jaw structure, which may in some cases require surgical correction. They are also slightly more prone than most breeds to inherited health conditions such as epilepsy, neurological disorders and seizures.

How Best to Care for a Chihuahua

The Chihuahua has a relatively fast metabolism, and this in combination with their fine, lightweight coats means that they are apt to feel the cold more than most dogs, and require extra care and attention from their owners to ensure that they are kept warm enough during the colder months of the year.

When walking the Chihuahua, it is important to remember that they only have little legs and a short stride, so you will need to match your walking pace to your dog’s level! However, this is not an excuse to carry them around everywhere – while you may well want to go shopping for a fancy Chihuahua handbag to carry them in when they get worn out, they do still need adequate exercise as well!

Dream Garden: From a Smallholding to a Business

Going Back To Work If You Have Pets- What To Expect

Catch Up In The Kitchen With… Holly!