Snakes and lizards have unique requirements and, as such, need to be cared for by individuals who understand and are prepared to dedicate the time they need. The Animal Protection Agency Foundation discusses the needs of these animals and what to bear in mind should you be considering giving a home to a reptile.

Like all reptiles, lizards and snakes are what scientists call ‘hard-wired’ – which means that they are genetically programmed to take care of themselves right from birth, whether they emerge as live young from their parent or from an egg. However, this also means that they are programmed to be in the wild, and captivity can never replicate the freedoms and provisions of nature. Accordingly, lizards and snakes are easily stressed by captivity because it is simply not natural for them.

Providing captive environments that are as close to those that lizards and snakes occupy in the wild is extremely important, and may be very particular for each species. Therefore, while the suggestions for care outlined below help to give lizards and snakes some basics, they cannot offer good substitutes for their natural life. Effectively, no matter how much effort you put into making a lizard’s or a snake’s enclosure spacious and ‘enriched’, to the reptile itself it will always be ‘trapped in a box’.

Because lizards and snakes are kept in unnatural conditions in captivity they display a wide variety of stress-related behaviours, although few people are sufficiently aware to recognize and interpret the problems. One common stress-related behaviour in reptiles is called ‘interaction with transparent boundaries’ or ‘ITB’ (sometimes also called ‘snout-rubbing’), where the animal regularly rubs its ‘nose’ against the glass wall of its ‘tank’ because it does not accept that it cannot get through an invisible barrier. Similarly, reptiles become ‘hyperactive’, where they spend a lot of time searching the enclosure. In both cases, the lizard or snake is trying to escape, because the conditions are unacceptable.

Many, if not most, snakes and numerous lizards (especially geckos) kept as pets are nocturnal or largely nocturnal – meaning that their normal period of activity is at night or the duller times of the day. Because of this, many people wrongly assume that many reptiles are generally inactive – but all it really means is they are trying to rest when we are active and vice-versa. Therefore, just because a lizard or snake spends the day inactive or ‘hiding’ this does not mean they are always sedentary or that they don’t want more space. In fact, being nocturnal, or ‘twilight’ (a word sometimes used for this is ‘crepuscular’) animals, many reptile species face disturbance to their rest by our daytime activities. In addition, because we don’t see them so much during their active periods, we may miss important opportunities to assess whether they are well or not. 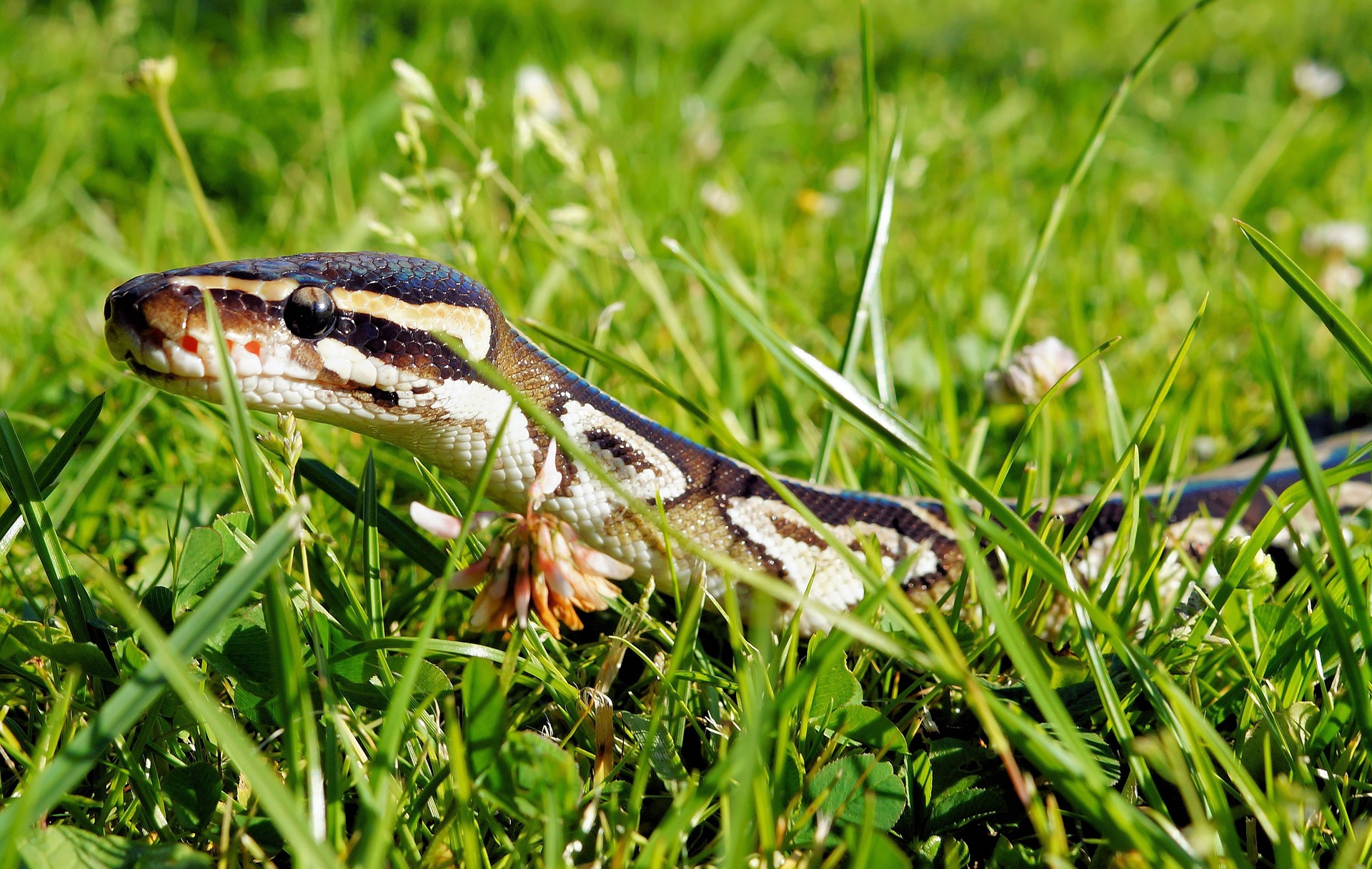 In nature, lizards and snakes occupy ‘home ranges’ that extend for hundreds of metres or kilometers, and may wander over large areas in a single day. Contrary to some opinions, merely making sure that lizards and snakes have their food in captivity does not mean they lose their ‘wish’ to travel around a lot. Indeed, they become stressed when they cannot go where they want to, when they want to. No enclosure can be too big, but the absolute bare minimum size for a cage must be where it allows a lizard to run freely and a snake to stretch its body completely (otherwise this would be like you having a ceiling where you cannot stand up). And even the smallest of lizards and snakes would find a one-metre long enclosure restrictive, so the typical ‘proprietary’ plastic vivariums must not be used.

Being reptiles, lizards and snakes are ‘ectothermic’ – meaning that they get almost all of their required heat from their environment rather than produce it themselves. Needing ‘external’ warmth also means that lizards and snakes are highly dependent on us ‘getting it right’ for them. But getting it right is almost impossible, because the temperature needs of reptiles vary from moment to moment according to their state of health, activity, stress, digestion and many other things.

Whilst many people will suggest setting specific temperatures for a lizard or a snake, the fact is that these animals need to change their temperature from one time to the next – even in minutes. Therefore, it is vital that good temperature variations (called a ‘gradient’) are present that represents the species natural ‘lows’ and ‘highs’ for its active season (assuming that hibernation is not being planned). It can be difficult to get reliable figures for temperature ‘highs and lows’ from reading books and the Internet. A more general way of assessing the thermal needs of lizards or snakes is to look up where the species lives in nature and what temperature range it occupies. However, do not get too simple and conclude that because a desert may reach 50C during the day that this automatically is a good all round temperature for a reptile – it is not. In a real desert, a reptile will probably avoid the hottest time of the day – so aim for early morning or early evening temperatures for a relevant world region. At night the temperatures usually drop too. 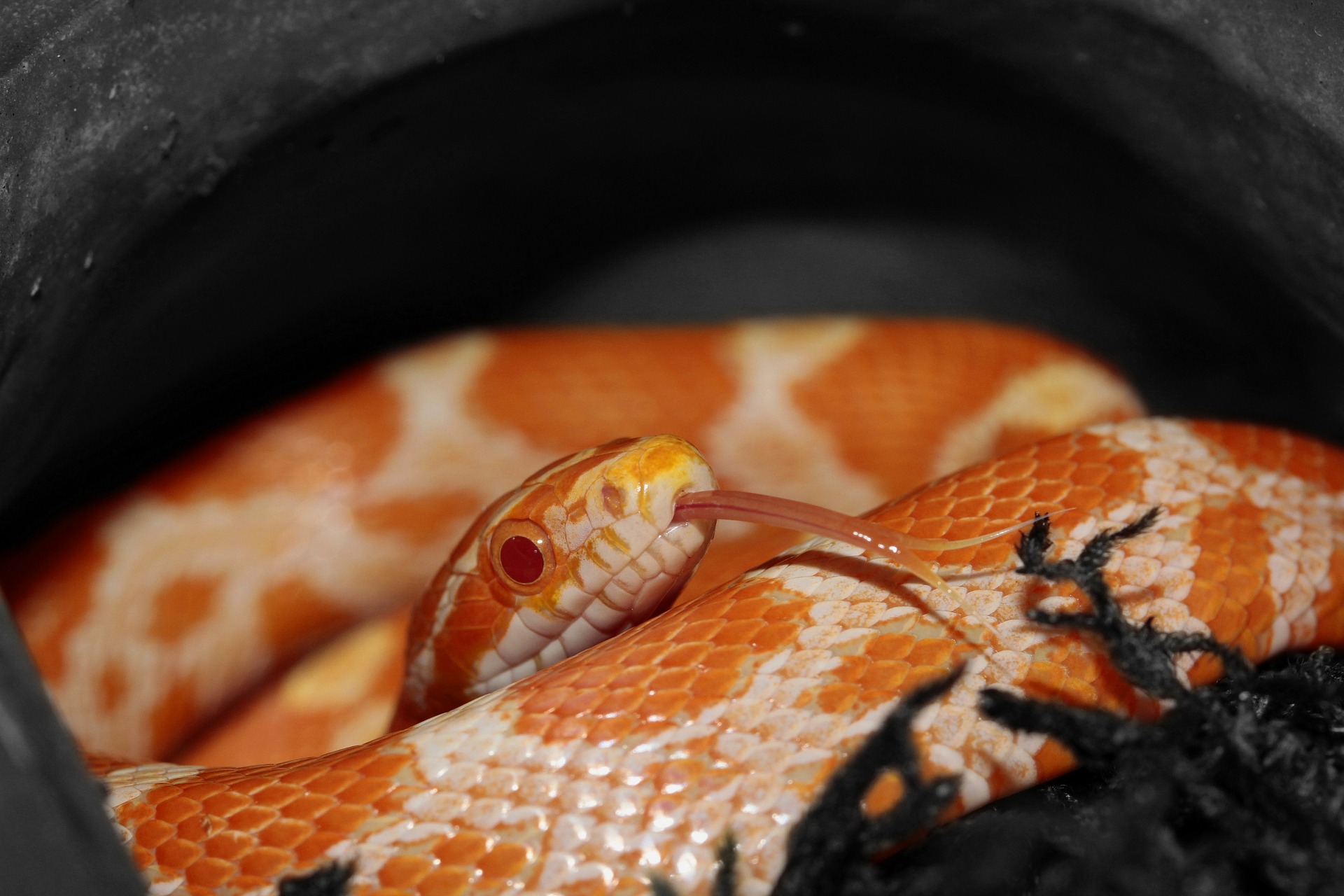 Most reptiles require at least two provisions for heat and light. Basic heating can take the form of lamps or convection heaters that add to the general warmth, but also that offer a ‘hot spot’ – i.e. a focused area of heat and light where a reptile can attain its upper thermal optimum. In nature, heat and light commonly ‘go together’ anyway for many lizards and snakes that bask in the sunshine. However, in nature reptiles may also get some heat from the warm ground or rocks, although in captivity one has to be extremely careful about so-called electric ‘hot rocks’, which often cause nasty burns or death. Similarly, ‘under-floor’ heating and ‘heat-pads’ can be inescapable for an animal and cause serious problems. Very warm or hot heat sources can cause injuries to animals, so these must always be carefully situated so the lizard or snake cannot rest on or otherwise touch them and damage its skin (which can then lead to insensitivity and tragically serious burns). So, careful planning and secure placement of heat sources over large areas is a better way to keep heat provision safe and to provide an important temperature gradient.

Although many animals (including lizards and snakes) acquire a lot of their essential vitamin D from food, they also possess the physiological processes and behaviours that allow them to utlise sunlight to do a similar thing. Even nocturnal species probably get some vitamin D from low-level sunlight. So, it should be presumed that reptiles, including snakes, typically need some sunlight-like provisions – i.e. ‘ultra-violet’ (UVB) in the form of special electric light sources. Like primary heat sources, these UVB lights should be placed safely out of reach so the reptile cannot touch them, and also the lizard or snake should be easily able to escape the glare or any light without having to retreat (hide) away from most of its space. Ultra-violet bulbs lose strength quickly and should be replaced every six months or sooner.

It is also important to think carefully about the fire risks associated with reptile keeping, not least because of the variety of electrical devices that are often used to maintain vivariums.

Lizards or snakes live in many different habitats – deserts, swamps, forests, savannahs, rocky outcrops and many others. So, getting the furnishings right is important not just for enriching the enclosure and keeping it as stimulating as possible, but also because the wrong sort of furnishing can cause stress, illness and death. Looking at wildlife pictures or film of how a particular lizard or snake lives in the nature will inform you of the kind of ‘naturalistic’ habitat it needs in captivity.

Depending on the species, lizards and snakes may eat diverse things in different ways. Some are primarily vegetarian, some primarily carnivorous and others omnivorous. But essentially all likely consume both plant and animal matter in some measure, even if by ‘accident’. Also, often lizards and snakes may ‘start off’ as insect eaters when juvenile but progress to being mostly vegetarian as they grow. It is important, therefore, to know as fully as possible reptile’s feeding habits and how this may vary throughout its life. Always make sure food is of good quality, and supplements may be necessary – your vet is probably one of the best places to get appropriate vitamins and minerals. Wherever possible, do not provide live food – this can be traumatic for the prey and sometimes the lizard or snake can get injured by the prey too.

Again, depending on the species, lizards and snakes may take in water different ways. Some drink from pools, some lick dew off their head and body, others get water through their food. So, it is important to know how a species gets its water because it may be that a water bowl will not ‘work’ for a particular lizard or snake. Of course water must always be fresh and clean.

Unlike in nature, where environments basically clean themselves, enclosures can quickly become dirty and unhealthy. To make enclosures simpler to clean, some people keep them very sparse by using basic materials like newspaper as bedding and a plastic box as a hide. But this is a very understimulating – basically bad – way to keep an animal. More diverse – naturalistic – environments are needed, but also often more difficult to keep clean. However, this is all part of the commitment to keeping a reptile.

When it comes to cleaning a naturalistic environment one can ‘spot clean’, meaning that one removes faeces or urine patches and other debris quickly – although this will only ‘delay’ full-scale cleaning and not prevent it. When full-scale cleaning is needed (perhaps every two or more weeks) then it is usually a good idea to leave a small amount of the original surface substrate (e.g. soil, sand or other mixture) behind to provide a familiar chemical aroma – which helps calm reptiles down.

Although no animals (including humans) can be described as truly clean, snakes – like all reptiles – carry salmonella bacteria, which cannot be eradicated from them. Moreover, the types of bacteria are often exotic and more difficult to deal with than ‘everyday’ salmonellas, and the bugs easily contaminate not just the reptile’s enclosure, but also people’s hands, clothes, hair, door knobs, walls, units and so on. Therefore, the entire household must be regarded as exposed to the reptile’s bugs. Salmonella causes food-poisoning-like symptoms such as nausea, vomiting, diarrhoea, stomach cramps, headaches, fever, and malaise. Because these types of symptoms occur widely in society it is easy to overlook that the source of an illness may well be a pet reptile. While some people, notably children under five years, the elderly, pregnant women and those on certain drug therapies may be considered mainly at risk, no one is ‘safe’ from salmonella carried by reptiles. Hand washing, use of wipes, gels and other measures offer very little real protection against infection. The only way to protect your household from reptile-carried salmonella is not to get a reptile!

A Message from Preloved to Existing Pet Owners

Budget Wedding? How To Keep Costs Down

Second-Hand September And How You Can Get Involved