Few car companies can rival the sheer quantity of iconic, desirable classic cars manufactured by Jaguar over the last 50 years.  The company has produced stunning cars in almost every category of car from luxury executive expresses to lithe sports cars.  As a result Jaguar is regularly voted the most desirable automotive brand in the world and its classic models are highly sought after.

The lure of a Jaguar lies in its combination of elegant style, unique British heritage and performance.  If you lust after a Coventrycat here is some advice to help you sift the dogs from the diamonds.

Jaguar was the brainchild of Sir William Lyons who began making side cars in Blackpoolin the 1930s.  His company, Swallow Sidecars, quickly moved into car production offering, for the time, very svelte and low-slung bodies on standard bought-in chassis.  The name was abbreviated to SS Cars and one of these models was called the Jaguar.  When war broke Lyonswisely dropped the initials and adopted the new name of Jaguar.  Post-war the company concentrated on car production using its own chassis and marketed at affluent customers who wanted a luxury, sporting car.  Production moved to Coventryand in the 1960s Jaguar hit its stride with the Mk2 and E Type.   These cars were gloriously styled – with a lot of input from Lyons- and developed Jaguar’s reputation for ‘grace, pace and space.’  Lyonsreluctantly joined what became British Leyland in the 1960s, mainly to protect his supply of car body pressings.

A lack of investment led to an aging model range and poor product quality such that by the late 1970s Jaguar nearly collapsed.  Astute new management saw the company turn things around and in the late 1980s it was sold to Ford. During the 1990s Ford significantly improved product quality and reinvigorated the range with new models and engines.  However Jaguar continued to trade on its illustrious heritage and some of its new models, such as the S-Type, were out of step with the market.  Only when Ford sold Jaguar Land Rover to Tata did the Coventry Cat begin to launch new models like the F-Type, XK, XF and XJ that wowed new buyers to the brand with their innovative update on traditional Jaguar values.

Today Jaguar is once again produces some of the most desirable cars in the world, with more models in the pipeline. These cars pay homage to their predecessors whilst adding something new for modern buyers. 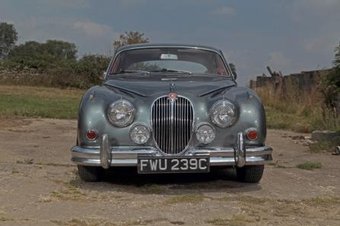 Even when new classic Jaguars were very desirable.  Consequently the company tended to keep its cars in production for a long time and continuously refine them. So even if you fancy an E Type, a Mark 2 or a XJ saloon there are endless variations of specification, engine size and finish to choose from.  Due to sheer choice of models and their desirability by classic fans there is a clear pecking order when it comes to prices. If you are not too fussed about having the most desirable version then this can mean you get a bargain – less desirable models of the same car can be half the price of more popular models, but to all intents and purposes in no way inferior.  And in many respects, actually better.

To find the car that is right for you do some thorough desk research.  Read Buyers’ Guides and join the Jaguar Drivers Club or Jaguar Enthusiasts Club, both of which have excellent model registers.

The sheer popularity of cars like the E Type and Mark 2 tends to overshadow some of the other equally great but less familiar models. Cars like the 1960s MkX, S-Type, XJ-Coupe, Daimler 250 V8 and XJ-S are all very good cars, in some cases actually better than their more popular cousins.  If you are not too bothered about owning one of the more popular models and instead prefer something different consider seeking out one of these models.

Buy On Bodywork Then on Mechanicals 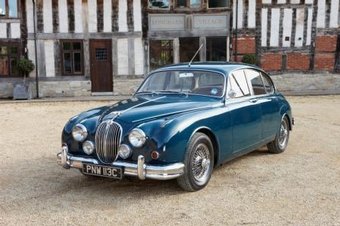 Jaguars are not particularly complicated cars and tend to share a lot of components between models.  So while, like any classic car, they are not cheap to fix the parts are easy to obtain and most classic specialists are familiar with them.  The key issue with Jaguars is the bodywork, for various reasons.  In the 60s Jaguar made very stylish cars that were quite complicated to make and with a significant propensity to rust.  Consequently cars like the E Type and Mk2 are expensive to rebuild because of their construction. It is far cheaper to buy a solid 60s Jaguar in need of mechanical refurbishment than the other way around.  In the 1970s the cars were stylish but built more simply.  While this should have resolved the problems associated with the 60s cars unfortunately poor British Leyland-derived production standards mean that these later cars suffer the same problems as the 60s cars.  So buy them on structural condition rather than mechanical.

Jaguars tend to be mechanically reliable unless they are poorly maintained. The XK straight six engine that powered most of the models up to the 1980s is a very strong engine but suffers from head gasket failure caused by poor antifreeze mixes.  The V12 engine is one of the world’s greatest mass produced engines and if well maintained poses no particular issues.  The rear suspension on E Types and later 60s and 70s Jaguars uses a set up with inboard rear brakes that can be expensive to overhaul.  In all cases there are a lot of specialists who will be familiar with these problems.

There are a lot of classic Jaguars and it pays the buyer to be choosy.  Any old Jaguar will have been subject to some sort of rebuild or refurbishment – the question you need to address is how well this work has been done.  Expect to find filler but it should not be everywhere.  Check the car’s history file – a thick file and an honest owner are worth paying a premium for.  If these are absent, walk away.  When checking the history look for signs of continuous servicing and maintenance and regular use – cars that have been laid up for long periods are likely to have deteriorated and this may not always be immediately easy to spot.  Where the car has been repaired or renovated check that this has been done by a reputable specialist.

Jaguars are generally not cheap cars to buy or own.  They should be considered as specialist exotica, albeit with good and relatively inexpensive parts availability.  Some models also have particular idiosyncracies that may affect your enjoyment of ownership.  For example, early E Types have very small doors and low roofs and the Mk2 has heavy steering.  You need to bear this in mind when considering what car to buy – and also ask yourself whether buying is the best way to indulge your love.  Whether you intend to buy or just dabble it is always worth hiring your chosen Jaguar before buying – this will give you a chance to see whether it really is for you and also chat with someone who has to live with the car on a daily basis.

Get Your Priorities Right

Jaguars are popular classic cars because they are hugely enjoyable and excellent investments. As a result you need to decide what matters most to you.  If you are looking for an investment then there are plenty of Jaguar models that are established as sure-fire bets. There are also some that look likely to be good investments for the future.  If you want to make money out of a classic Jaguar buy accordingly – choose the right model and specification and the right condition.  But beware – there is a lot of competition for these cars and price reflect that.

If, instead, you just want to enjoy your Jaguar then you have much more scope and you don’t need to spend as much.  Classic Jaguars start at just a few hundred pounds going up to £25,000 for a wide choice of great cars.

In the 1980s and 1990s Jaguar improved quality and invested in new models.  Some of these more recent cars are currently extremely undervalued and therefore represent excellent value for money, particularly considering their general reliability. Models such as the early 6 cylinder supercharged XJR and Daimler Super V8 can be bought for under £2,000 with a longMOTand plenty of remaining life. XJ40s are very much the Jaguar underdog but good cars are becoming rare and are worth seeking out.  The XJS is beginning to appreciate but remains cheap compared to an E Type, despite being infinitely more useable.

If you are new to classic car ownership or new to Jaguar ownership find someone who isn’t and ask them to view cars with you.  It is very easy to be wowed by shiny paint – you need to view the car objectively and dispassionately.  Before you buy research parts suppliers and local repair specialists who know Jaguars.  Get to know them and tell them what you’re planning to do – it’s not a case of if you need them, it’s a case of when.

Whether you choose a classic E Type or a more modern XK, Jaguar ownership is hugely rewarding.  Few cars turn heads like a Jag and few classic car clubs have the scale and social interaction of the Jaguar clubs.

11 Ways To Repurpose a Crib

What is Upcycling and Why is it Important?

Craft Your Own Cork Reindeer!

How To Hide A Bad Wall Without A Paintbrush