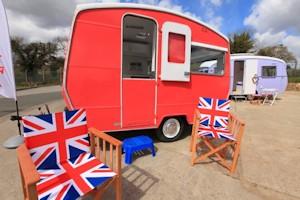 According to the Caravan Club some 1.7 million Brits regularly head off for some home-from-home comforts, fresh air and adventure in a caravan.

It’s an altogether British pursuit that is further characterised by the recent increasing popularity of vintage caravans. Once the preserve of historical collectors and builders’ yards they have now found favour amongst a new generation of caravanners who want to escape in a portable pied-a-terre that’s packed with character, a dash of glamping luxury and lashings of comforting nostalgia.

Meet three vintage van fans and take a peek inside their rejuvenated vans to find out why they say rolling back the years makes the perfect retro getaway.

Zoe Snazelle of Hazy Days Caravan Hire in Kent is one vintage vanner who has turned her passion into a business.

“I can completely see the appeal of a brand new caravan with all of the mod cons but the design and quirks of the old caravans are hard to beat. Also, looking at what people do with these caravans to breathe a new lease of life into them just shows how creative you can be in the process – as fairly creative people we relished the challenge.”

“They have real individualism – it’s rare you’ll see two vintage caravans the same because of the life they’ve already had. Everything was made to be beautiful in the 1960’s – design seemed a lot less bland. Our 1967 Sprite that is pre-restoration came with several psychedelic original cushions that matched the orange seating! You just wouldn’t get caravan manufacturers being that ‘far out’ anymore.” 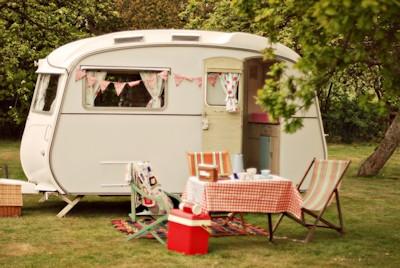 “Life is very fast paced now which I think lends itself to childhood nostalgia and the wish to return to simplicity and nature. Plus, in these straitened times people are finding more inventive, cheap ways of enjoying themselves – it so happens that vintage caravanning is comparatively cheap.”

“We sourced our caravans mainly off auction/listing sites on the internet, plus the local farmer – my advice is to keep your eyes and ears open!”

“Our favourite era is undoubtedly the 1960s but that’s possibly for reasons of loyalty to our fleet! Sixties design is a real passion of mine – it was when caravans really started to dominate the mass holiday market, labour saving devices were then popular and the caravans as a result were made for normal families who just wanted a comfortable home from home. You do actually get a lot of mod cons even in a 60’s caravan, it’s very definitely possible to cook a four course dinner in one.” 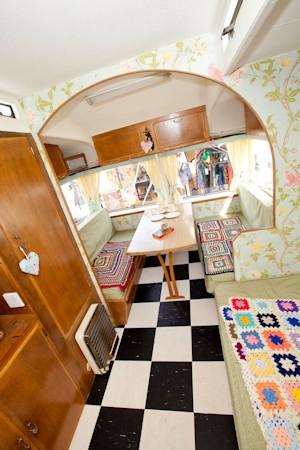 “Generally our caravans are as comfortable as a new caravan and they put a smile on your face as people look at them with fascination.”

“I love the design and quirkiness and vintage caravans. I think they have such ‘aaaah!’ appeal. Modern caravans seem to me to be much the same, clinical almost. Retro caravans have soul. Don’t get me wrong, I would choose to holiday in a modern caravan, but I would pick a vintage model to keep restored in my garden. They make the most perfect summerhouses, home office, or just somewhere to escape to for the night!” 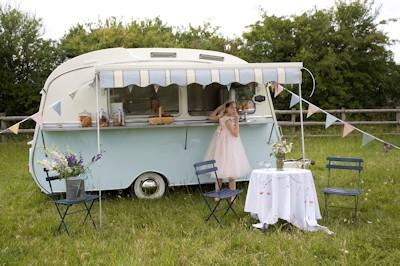 “I would say that all things ‘vintage’ have been gaining momentum over the past couple of years, and is now appealing more and more to the mainstream. Every time I take the ‘Flying Duck’ out on a job, I’m constantly asked by people young and old, “where can I get one?” 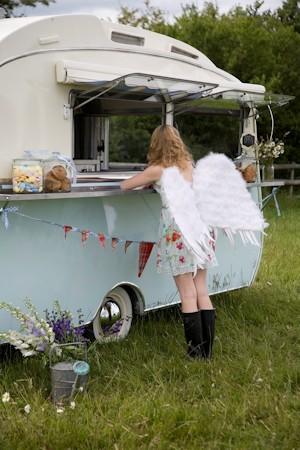 “My caravan wasn’t in too much of a state, but because I wanted to convert it into a full working kitchen, by the time the coachbuilders had taken the entire inside out, it was a true wreck! I felt a prang of guilt at the time, especially for the purists who would of wanted it to stay intact. But after it was all finished and bought back to its exterior glory, I felt I’d redeemed myself.”

“There has been a whole team of us working on the van, from friends and family, to the professionals, who have put into reality what I basically had in my head! It must be a labour of love because I’m on caravan number 2 now!” 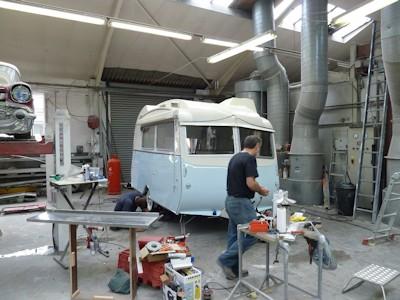 “I collected from a tiny village in Kent, from a guy who imports Nissan Figaros. He had bought it as an extra room when friends came to stay, but it ended up being a dumping ground.”

“For me personally the cut off point for ‘retro’ caravans are the early 70’s. But my absolute favourites are from the 1950’s. I just think the 50’s was sexy. Look at the curvy girls, and the cars. The caravans were sexy then too.”

“The main attraction of a vintage caravan is its beautiful character and shape, and the fact that it’s seen a bit of ‘life’ already. It was time to breath more life back into them, I thought.” 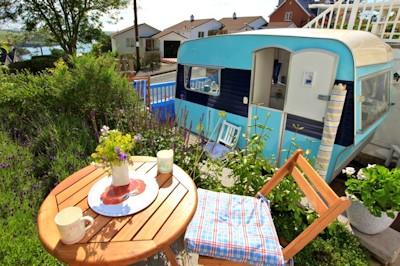 “Most modern caravans are white and brown, with brown veneer interiors. They’re also a bit drab and lack character and design.”

“I think folks are looking for something different with camper vans being out of a lot of folk’s price brackets, and the fact your van could be a beach hut, spare accommodation, mobile office, studio, etc. They also hold they’re value.” 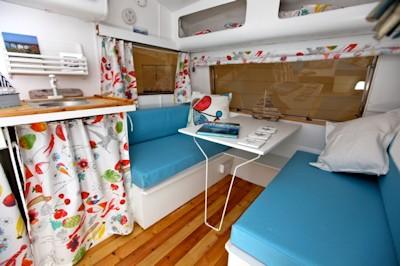 “Condition varies but generally 45 years takes its toll on the vans, leaving rotten floors, chassis hanging off, etc. I only buy style, glass windows, no younger than 1973 and normally 1960s.”

“My dream vintage van is one that has been kept by the same owner for most of its life, under cover and well maintained! Cheltenham vans are very nice and very popular with clients.”

If you’re thinking about buying a vintage caravan as a chic getaway or restoration project, our vintage van fans have some expert advice on what you need to consider.

“Sandie, our Safari, was suffering with damp and needed some rebuilding on the inside. She also needed a full set of electrics installed. Both caravans have needed a repaint. It’s safe to say that we’ve worked pretty hard on them.”

“It’s not for the faint hearted and you can get caught out with issues such as damp. One big tip is before you do anything seal your new vintage caravan. You don’t want more water getting in when you’ve commenced your renovation – obvious but often overlooked!”

“We’ve probably made more than our fair share of mistakes and we’ve paid the (financial) price for them. Keep an eye out for excessive damp, a small area can be fixed by anyone with reasonable carpentry skills but go beyond that and you’re looking at a lot of work.

“Get your gas systems checked, plus we’ve been advised it’s always better to cut off the original vintage gas heater and use a new electric small or oil-filled radiator for safety. Essentially, ensure the caravan is safe before you get the Cath Kidston fabric out to make the new, improved seat covers!”

“On a plus side, we’ve had newer caravans that actually mechanically don’t work as well as our classics, so please don’t be put off. You will have a lot of fun creating a wonderful space that will give you a lot of memories. OK, there’s times when the caravans do have their idiosyncrasies – they are old machines – but generally they will be really rewarding in both the renovation and their use.”

“If you’re going to buy a vintage caravan make sure you have the space for it, be prepared to possibly spend quite a bit of money. If you want to do it on a budget, always check that there has been no water damage and the main frame has little or no corrosion. The positives are sourcing all the bits, re-designing the interior to your own taste, always getting smiles from people on the road, and being the proud owner of something very unique!”

“A slight labour of love restoring, as well as expensive a lot of time, but the end results are great as well as watching clients’ faces light up when they see them!” 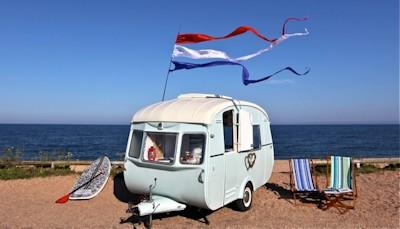 “Don’t buy a ‘Kath Kidston-ebay’ makeover, especially if they call it ‘shabby chic’. It  normally means they have staple gunned material over existing old smelly foam and hand-painted the van with dulux gloss and given it a quick clean up, but done nothing to the brakes, chassis, tyres, tow hitch etc. And they want £1500-£4K for it!!”

6 Unique Cat Behaviours And What They Mean