We could only pick one winner for our PUPDATE competition back in May, but with so many fun and moving stories, it was a hard decision for us to make. We loved Katy, Dave and Siri’s story! This story truely demonstrates how much a dog can quickly become an important member of your family if you are willing to put the time, effort and love into caring him/her. Katy and Dave also give some great advice to anyone thinking of giving a dog a home…so what are you waiting for, get reading! 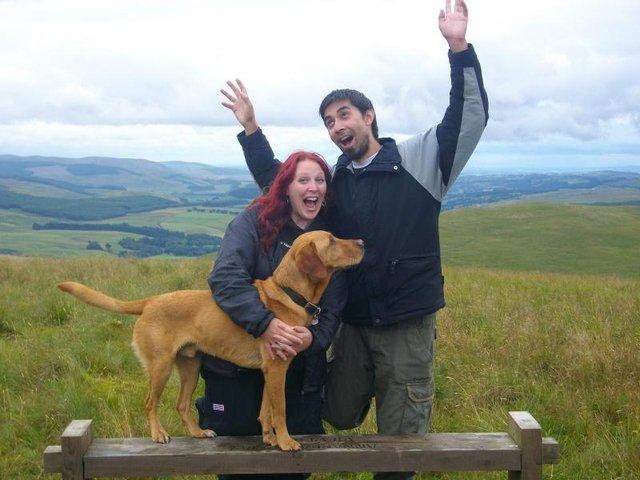 Our dog is a red fox Labrador called Siri, named after Sirius the dog star. He’s five years old, and we adopted him when he was approximately 14 months.

I saw the advert on Preloved from a family who didn’t have time to walk or care for him. He was originally called Marley, but we changed his name to give him a new identity. When we first got him, he had so much pent up energy from lack of exercise and the only command he knew was ‘sit’. However, we soon realised that he was a very clever dog who needed to be stimulated – he’s a very fast learner and now knows a huge range of commands and tricks, including twirl, pray, play dead and weaving through my legs.

Siri is a bright, energetic, loving and sensitive boy. He adores people, and is good with other dogs as long as they don’t come between him and his tennis ball! He knows when we’re sad and will put his head on my lap or lick me as a way of comforting me – he reads our emotions very well. 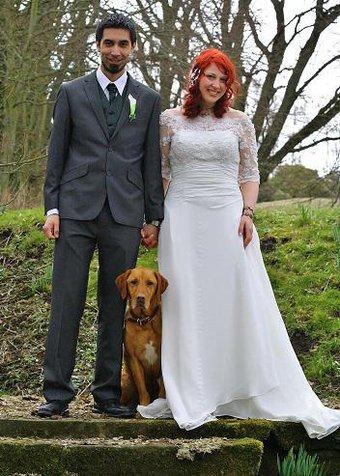 He was the ring bearer at our wedding in March last year, and even caught my bouquet at the end of the night! We knew right from the beginning that we had to have him at the wedding, he’s such a special part of our family that it was really important for him to be involved. We didn’t contemplate any non-dog friendly venues!  He was fabulous on the day, ran down the aisle with the rings in a pouch around his neck, and joined me on the dance floor during the disco. He definitely stole the show! Of course, he’s in the wedding photos too. Our invites and thank you cards pictured photos of Siri with a sign around his neck announcing the wedding and saying ‘thank you’. A little sugar Siri was also on our cake! The best man’s speech included a letter from Siri, read from behind a mask of his face – I’ve never laughed so much.

Earlier this year Siri and I auditioned for the new Channel 4 TV game show Superstar Dogs – I got the shock of my life when we were chosen as contestants for the show! It was a chance for us to show off Siri’s awesome swimming skills, and until the final he held the record for quickest ‘Swim and Fetch’ in the doggy pool! However, with limited time to prepare for the show our agility skills were a bit lacking (we’d only had a couple of crash courses when some of the other contestants had been doing it for years!). But Siri’s enthusiasm shone through, and I was so proud of what he achieved even when we were knocked out at the first heat. The TV experience was so much fun, and Siri definitely was a firm favourite backstage with the crew! 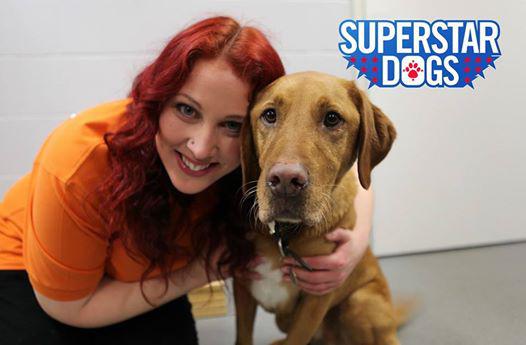 Siri is a fantastic advocate for rehomed dogs. The most rewarding part is seeing the joy on his face and wildly wagging tail as he runs through the fields or plays football on the beach, knowing that in his first home he never experienced regular walks – now he gets two walks a day, come rain or shine (or snow, which is DEFINATELY his favourite!). His life has changed massively and we’re the ones that were able to make that happen. If he had ended up in a rescue shelter, his sensitive and somewhat needy personality would have made him vulnerable to behaviour problems and anxiety.

The most challenging part has been not being able to break him of some bad habits he must have learned as a puppy. Whilst we have taught him a host of new commands, we can’t get him to stop jumping up at strangers when he wants to say hello or climbing on the couch when we’re out of the house (even if we put things on the couch, he’ll push them off to get on!). I’m also very conscious that he’s prone to separation anxiety, so we always take precautions to minimise this when leaving the house.

I have some advice for anyone looking to adopt a Preloved dog:

Siri means the world to us, and I can’t remember what life was like before he came along. I waited my whole adult life until I was in the right position to get a dog. We scoured the shelters for the perfect rescue dog for months, but kept going home with an empty car. As soon as we met Siri, we just knew he was The One. Now he goes everywhere with us – friend’s houses, dog friendly B&Bs, pubs, and he’s great to share a tent with on a camping trip! Thank you Preloved for helping to bring him into our lives.

4 Reasons to Renew Your Wedding Vows

Check List When Welcoming a Dog Into Your Home